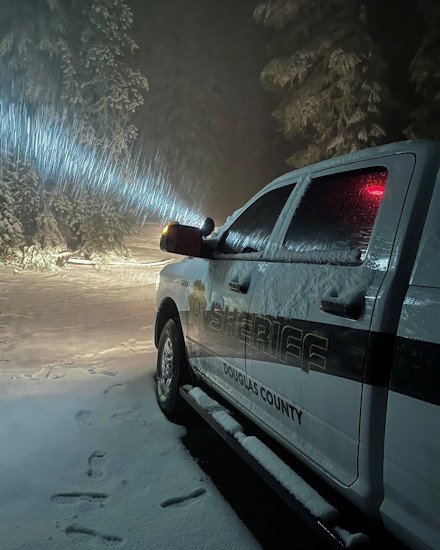 CRESCENT, Ore. (KTVZ) – A Pacific Crest Trail hiker who tried but failed to beat an incoming rain and snowstorm was rescued by Douglas County Sheriff’s Search and Rescue early Saturday in the Diamond Peak Wilderness on the Deschutes National Forest, deputies said Tuesday.

Klamath County Sheriff’s Search and Rescue asked Douglas County SAR to take on the mission around 10 p.m. Friday due to not having available resources, officials said.

The 57-year-old PCT thru-hiker from Weaverville, California had called 911 to report he’d tried to beat the incoming weather front but was unsuccessful and needed help. He said all of his clothes, sleeping bag and camping supplies were soaked by the cold rain and he was experiencing symptoms of hypothermia.

Douglas County SAR volunteers reached the wilderness from the PCT trailhead at Summit Lake and hiked north to the hiker’s location. While en route, the rain turned to sleet, hail and eventually snow, with sub-freezing temperatures. Deputies said the snow was falling fast for a time, with ¾ of an inch on the ground in 20 minutes.

They reached the hiker around 4:15 a.m. Saturday and treated him for moderate hypothermia, providing dry clothing and warmth. After he’d improved, searchers escorted him to a waiting vehicle at the trailhead, arriving around 7 a.m. They determined an ambulance wasn’t needed and brought him to Roseburg, where he arranged for family to meet him.