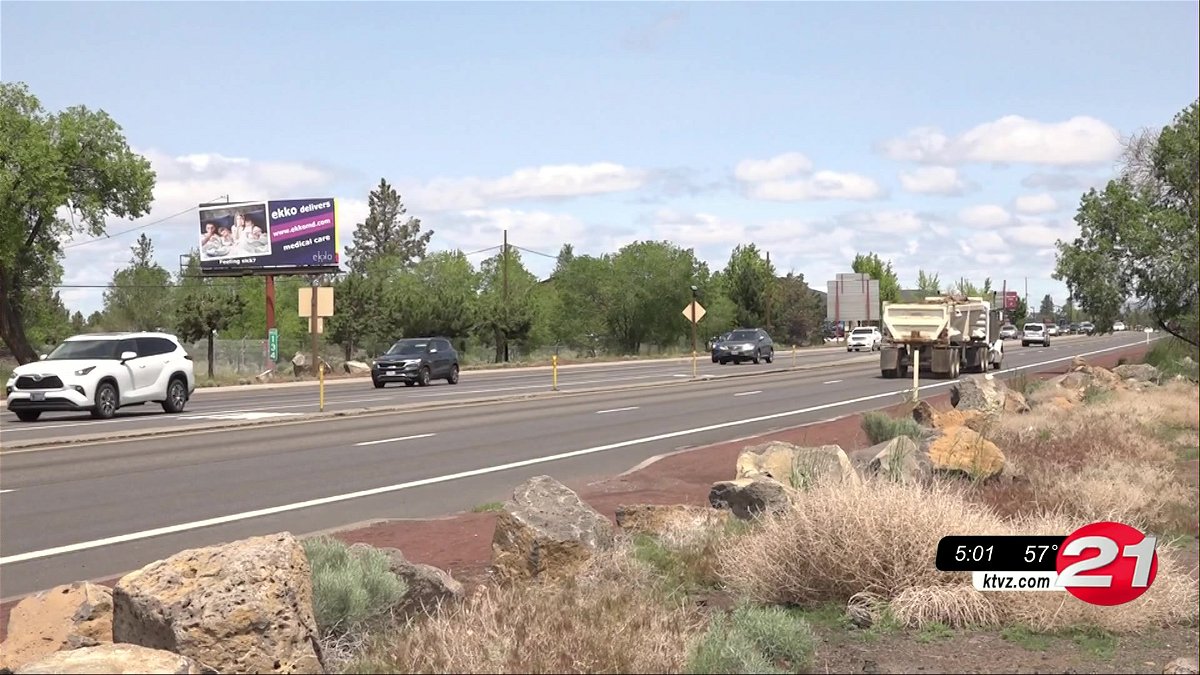 BEND, Ore. (KTVZ) — There are 15 active homicide cases on Deschutes County District Attorney John Hummel’s desk, dating back to 2019. Close to 10 of them, he said, are vehicular homicides.

“It’s no news to anyone in Deschutes County that our roads are dangerous,” Hummel said.

He told NewsChannel 21 he’s in favor of adding speed enforcement traffic cameras in dangerous areas like the Bend Parkway, busy intersections and Highway 97 between Bend and Redmond.

Hummel said if you pass the camera going over the speed limit (at least 11mph over, per state law), it will take a picture of your license plate and the person driving. It will then mail you a ticket. He said it’s up to you whether you plead guilty or not guilty to the violation.

Hummel said he’s pushed for traffic cams for years, but former Bend Police Chief Jim Porter was always against it.

He told NewsChannel 21 in a statement that traffic cameras “may have a place in our overall strategy for traffic safety, by assisting in specific problematic areas. However, automated traffic safety cameras do not replace police officers assigned to the Traffic Division.”

He said that in his view, officers are “more effective in handling traffic concerns.”

However, Hummel said adding cameras would allow officers to focus on other crimes.

“I want the police working on child sex abuse, murder, and domestic violence cases,” Hummel said. “They can’t do that if they’re also out trying to patrol for speed and patrol for people running red lights.”

Mayor Pro Tem Anthony Broadman said Monday the Bend City Council could use part of the $1.4 million of federal ARPA money to test out a camera system.

“We’re looking at it over the next year, the hope … the expectation would be implemented potentially in 2024,” Broadman said.

He said he believes traffic cameras will keep everyone on the roads safe.

“Using technology, doing more with less is part of the culture of our city, and being efficient, so this is just one more tool in that direction,” Broadman said.

Krantz said the Bend Police Department is interested in reviewing research on similar places with a traffic camera system, to see if it increases overall safety.