‘Our dad was the coolest’: Family grieves C.O. native, B-17 pilot killed in Texas mid-air crash 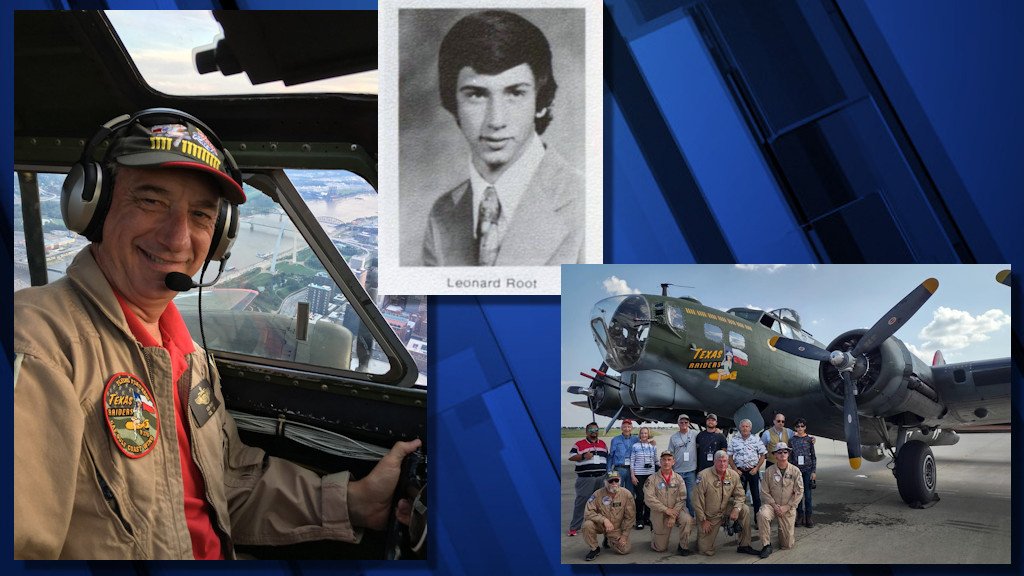 BEND, Ore. (KTVZ) – A B-17 pilot killed in the mid-air collision of two World War II-era military planes at a Dallas air show on Saturday was a Bend Senior High School graduate who learned to fly when young and followed his passion into a 30-year career with American Airlines, family members said.

Authorities confirmed Sunday that Root, 66, was among six crew members killed when the B-17 Flying Fortress and a Bell P-63 Kingcobra collided and crashed at the Wings Over Dallas air show.

Root’s brother-in-law, Kevin Irish of Bend, said Root grew up in Central Oregon and was a seventh- and eighth-grader when he was taking flying lessons at the “Powell Butte Airport” (Bend Municipal Airport) before graduating from Bend Senior High in 1974.

Irish said Root got his pilot’s license when he was in high school. After graduation, he moved to Houston to take a job flying a jet for Dow Chemical Co. He then applied for and became a pilot for American Airlines at its hub in Dallas, retiring a year ago Sunday after 30 years as a pilot.

Irish said Root married his high school sweetheart, Irish’s oldest sister, and they enjoyed many High Desert activities before he moved to Texas.

“He taught me how to snow ski on Mt. Bachelor,” Irish said. “We used to go water skiing at Round Butte.”

Though not a veteran, Irish said Root was fond of the military and during his free time joined the Commemorative Air Force, becoming one of only a few people trained to fly the B-17 Flying Fortress. They would take the “Texas Raiders” plane to air shows all across the country, especially on Veterans Day.

“He was a very high achiever, when it comes to aviation,” Irish said. “He was a great guy.”

One of Root’s daughters, Rebekah Lowery, wrote a poignant tribute to her father on Facebook.

“Our dad was the coolest,” she wrote. “He lived for flying, for going fast. Planes, race cars, boats, motorcycles, you name it. He was the most friendly, talkative, charming guy. He never knew a stranger.”

“Us girls grew up with the B-17,” she recalled. “We sold shirts and gave people tours through the plane and cheered him on during the shows. We are so proud. He loved that plane. He loved his family. He loved the Lord. He is leaving behind a huge legacy. We are not ready to say goodbye. Dad, we love you with all our hearts. We are shattered.”

The post ‘Our dad was the coolest’: Family grieves C.O. native, B-17 pilot killed in Texas mid-air crash appeared first on KTVZ.