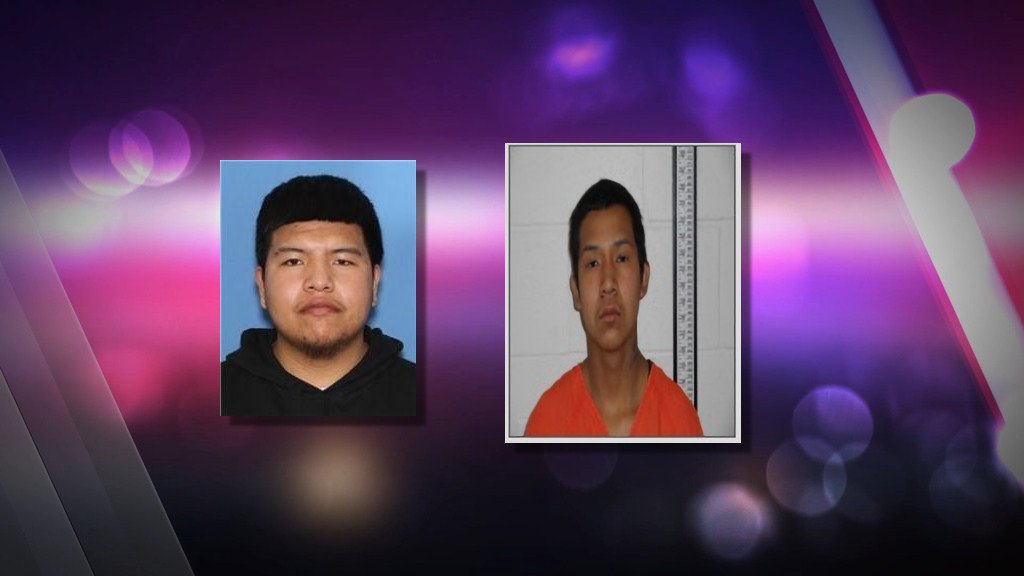 MADRAS, Ore. (KTVZ) – Oregon State Police on Tuesday identified and asked the public for help in locating two murder suspects – one considered armed and dangerous – in the Oct. 31 shooting death of a 24-year-old man in the Strawberry Heights neighborhood of southeast Madras.

Edgar Miguel Torres-Aguilera was shot several times around 7:45 p.m. and was flown by Life Flight to St. Charles Bend, where he later was pronounced dead, troopers said.

Investigators with the Tri-County Major Incident Team have developed information on two suspects in the case and are seeking the public’s help to find them:

-Chance Corey Lee Stwyer is a 22-year-old man, described as 220 pounds and 5-foot-9. He is believed to be in the Warm Springs/Madras area but has ties to the Burns community, OSP said.

-Andre Sterling James Spino, 18, is described as 120 pounds and 5-foot-5. He also is believed to be in the Warm Springs/Madras area. “There is an active warrant for his arrest and (he) should be considered ARMED and DANGEROUS,” troopers said.

Leriche also released a photo of a white SUV associated with the killing that was being sought. “It is believed that at least one window was shot out during the incident,” he said, noting that “many people were on the streets at the time of the shooting,” during Halloween night trick-or-treating.