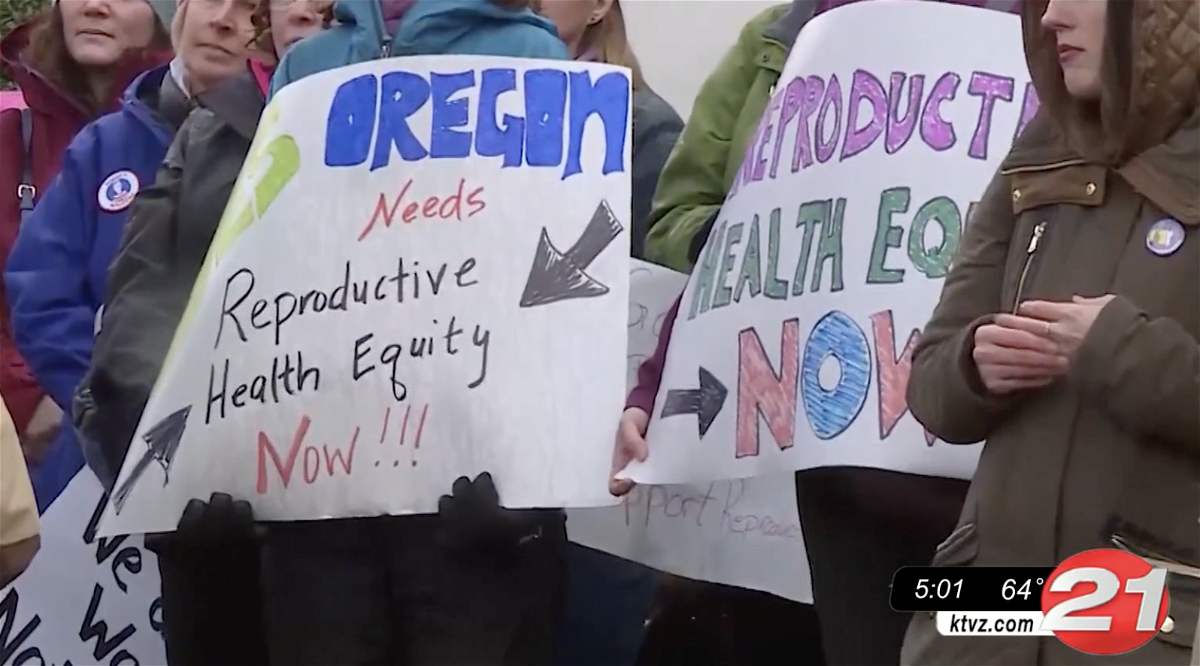 BEND, Ore. (KTVZ) — About 200 abortion rights supporters rallied on the steps of the Deschutes County Courthouse on Tuesday evening as Oregonians joined the rest of the nation in reacting strongly to a leaked draft U.S. Supreme Court opinion indicating they may vote to overturn the 1973 Roe vs. Wade ruling that said pregnant women have a constitutional right to access an abortion.

The report published late Monday by Politico heightened already intense debate on the issue, in Oregon and nationwide, ahead of an expected court decision by June.

“My body, my choice!” participants in the “reproductive rights” rally chanted in downtown Bend.

But those who oppose abortion saw great hope in the draft ruling that the issue will return to the state level.

“It’s what we have been working toward for decades.” Lois Anderson. the executive director for Oregon Right to Life, said Tuesday.

On the other side of the sharp divide, Lisa Gardner, the CEO for Planned Parenthood in Southwest Oregon, said, “This leak makes it very clear that our deepest fears are coming true. We are at a crisis moment for abortion access.”

Oregon Gov. Kate Brown on Twitter, writing, “Abortion is health care and protected by state law in Oregon. We will fight to keep it that way, no matter what this Supreme Court decides.”

The ruling, if made final, would give states the ability to outlaw abortions, while others, such as Oregon, are likely to continue allowing the procedure, barring a major change in political makeup of elected officials in this year’s or future elections.

Anderson said she hopes the draft decision could help some Oregonians reconsider their opinions on the controversial issue.

“I think (some people) will definitely reevaluate their position,’ Anderson told NewsChannel 21 Tuesday.

A final decision on the ruling could be made as soon as June. If made final, at least 20 states are set to ban abortions including Idaho.

Oregonians will continue to have access to abortions through the state’s Reproductive Health Equity Act.