Oregon student-athletes can now make money through NIL, with some guidelines 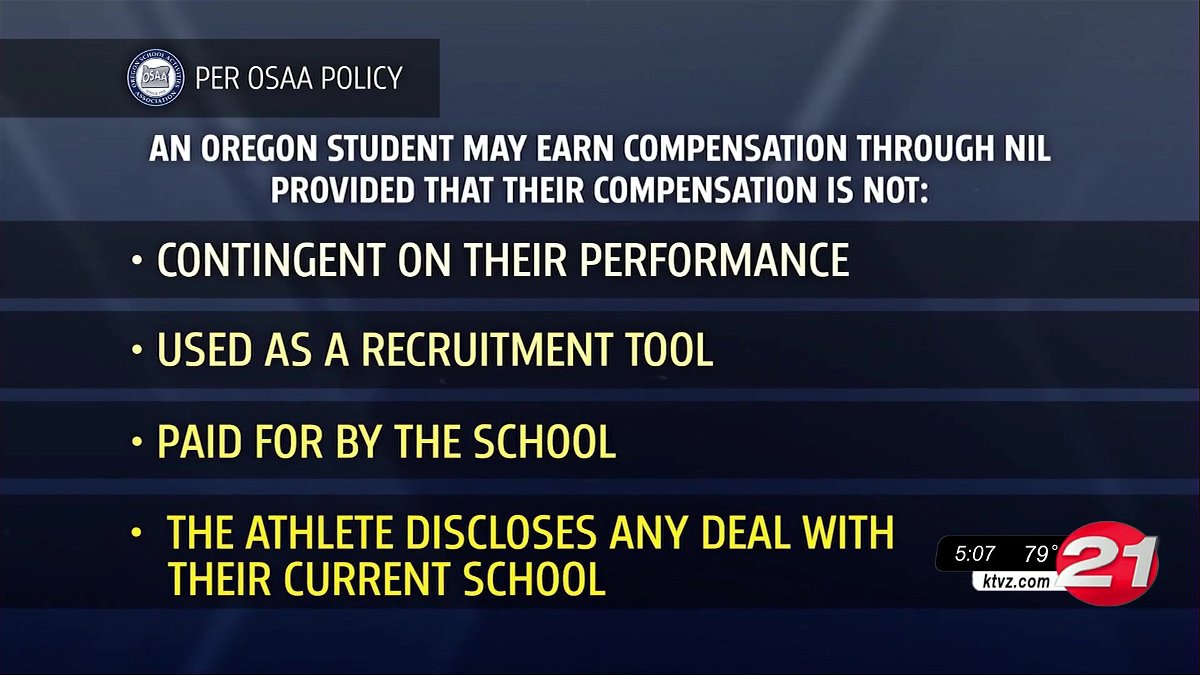 BEND, Ore. (KTVZ) — On Monday, the Oregon School Activities Association voted to set parameters for student-athletes regarding endorsements related to name, image and likeness, or NIL.

“Students can be compensated for their name, image and likeness,” OSAA Executive Director Peter Weber said Friday. “But there are some parameters around that.”

Oregon is the 19th state to allow NIL deals for high school athletes.

Bronny James, the son of LeBron James, and two other big0name high school athletes from California and New Jersey signed an endorsement deal with Nike on Monday.

“Were not seeing that right now in Oregon,” Weber said of large NIL deals. “That could be something that we see here in the future, so we wanted to have a policy that outlined it.”

Under the new policy, an Oregon student may earn compensation through NIL, provided that:

When seeking compensation for NIL, the student cannot:

“The star quarterback of a team …  if a local pizza shop wants to put them in a commercial, can they do that now?” NewsChannel 21 reporter Noah Chats asked.

After discussions with other states, the OSAA is recommending students and families seek legal and tax advice before taking any deal.

Weber said with constant NIL changes at the collegiate level, the OSAA will surely follow.

“I envision over time ,we’ll probably have to adjust this policy, because there’s things that we haven’t thought of or that will come up,” Weber said.

The post Oregon student-athletes can now make money through NIL, with some guidelines appeared first on KTVZ.