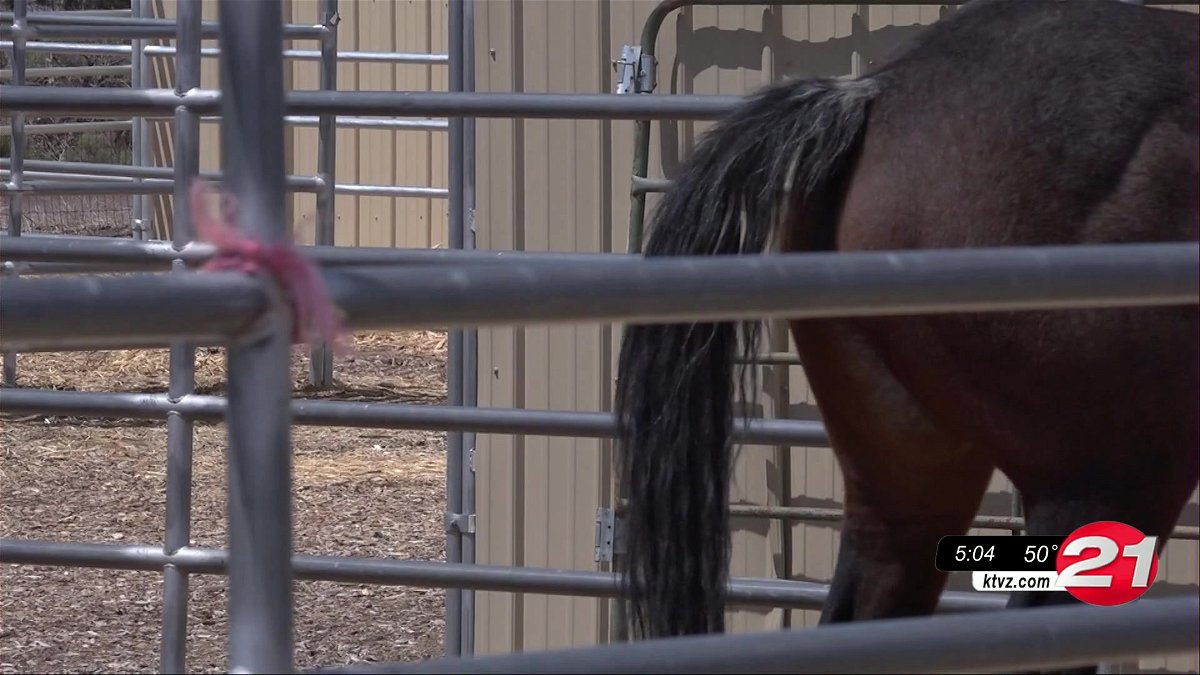 The disease is typically only respiratory, but Bend Equine Center Veterinarian Wendy Krebs said this form of the virus is different.

“Occasionally, it actually can affect the espousal cord and the brain, which can be pretty devastating for horses with that type of neurological symptom,” Krebs said Thursday.

This form of the disease is called Equine Herpesvirus Myeloencephalopathy (EHM), and she’s not sure where the horses initially got the virus.

“Could be anywhere — we don’t know for sure, so it’s a little hard to speculate,” Krebs said. “If we started to get more cases that had common denominators, that would be obviously a little easier to help us figure that out.”

The Oregon Department of Agriculture said the first horse became symptomatic on May 4, and the second nine days later.

Both Deschutes County horses attended events at the Oregon Horse Center in Eugene less than two weeks before they became symptomatic.

However, the center said none of its other horses at the event or on the property have tested positive.

Here is the Oregon Horse Center’s full statement on the issue.

While none of the horses at the Bend Equine Center have the disease, an outbreak is still something they’re on high alert for.

“Yeah unfortunately there is (high alert),” Krebs said. “In California earlier this year, quite a large outbreak occurred, sadly, in the hunter/jumper community, and 100 horses had to be euthanized.”

Krebs said they see a few cases of EHV-1 per year, but rarely any with this neurological disease.

At this point, she thinks the chances of a widespread outbreak are low, but is still advising caution.

“I’m going to feel a lot better if two weeks from now I can say the same,” Krebs said. “I think we may be at the end of this and sort of out of the risk, but we are recommending to horse owners right now this is a good time to keep your horses close to home.”