One Class at a Time: Skate park at Summit High School gives students a space of belonging 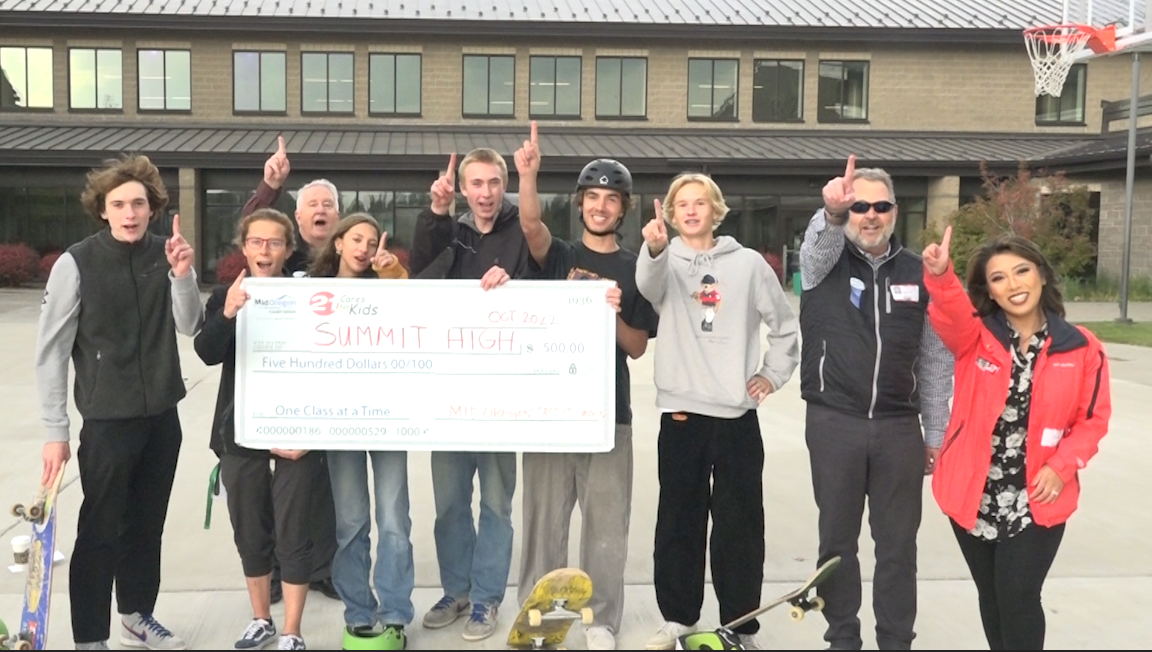 Program Brings skateboarding from the streets to the classroom

BEND, Ore. (KTVZ) – After skateboarding made its official debut as an Olympic sport in the 2020 Tokyo Olympics, Summit High School teacher and assistant principal Jamie Brock noticed a growing interest in the sport.

“We’re hearing kids from the community saying, ‘We heard there’s a skate park at Summit!,’ which isn’t really the case,” Brock said recently. “But you can just tell that there’s growth in the community.”

Brock inherited the modern sports class after working at Summit High for 20 years. She saw it as an opportunity to provide a space for students to excel in something outside the classroom.

“As a teacher, she’s great, and as a new principal, she’s great,” said senior Ben Gomez. “She connects with us, which some teachers don’t usually do.”

Xander Ross, a junior at Summit, said he was excited to learn about the modern sports class and use it as a way to still do what he loves while at school. He started skating when he was in the sixth grade.

“When I was younger, I was pushing to try and get sponsored, and maybe ride for a team some day,” Ross said. “But I kind of learned to skate for fun at the end of the day.”

For many of Brock’s students, the skate park at Summit is a space for students to feel a sense of belonging.

“I don’t get much time to skate outside of school, so it’s nice to have that time,” he said.

Brock said, “This is a space where kids who may not be the best at the football team, the academic world is not the highest flyer, or if they’re in band, to have a space they can belong to the school and feel important, and feel like they’re recognized for something.”

The $500 from Mid Oregon Credit Union will go toward a new set of skateboards.

The post One Class at a Time: Skate park at Summit High School gives students a space of belonging appeared first on KTVZ.