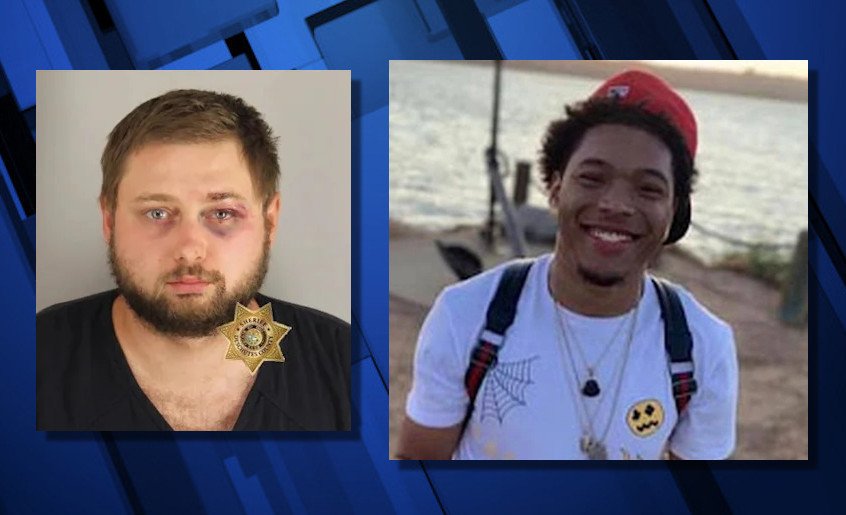 BEND, Ore. (KTVZ) – On the eve of a closely watched murder trial, the attorney for defendant Ian Cranston filed a motion to allow evidence claiming that the victim, Barry Washington Jr., made earlier gang-related references, while Washington’s mother said it was illegally obtained from her late son’s cellphone.

Washington goes on trial this week on second-degree murder, manslaughter and other charges in the Sept. 19, 2021 shooting death of Washington in downtown Bend. The trial is expected to last eight to 12 days. Cranston has claimed he acted in self defense after he was assaulted by Washington.

Sali also wrote that “the defense has discovered social media postings as well as a series of communications on Washington’s phone indicating gang affiliation,” consistent with hand signals and references reportedly made during the downtown altercation.

The attorney for Washington’s mother, La’Wanda Roberson, filed an eight-page motion in response later Monday, seeking a protective order to not allow use of evidence they claim was unlawfully seized, saying it was outside the scope of the search warrant for the phone.