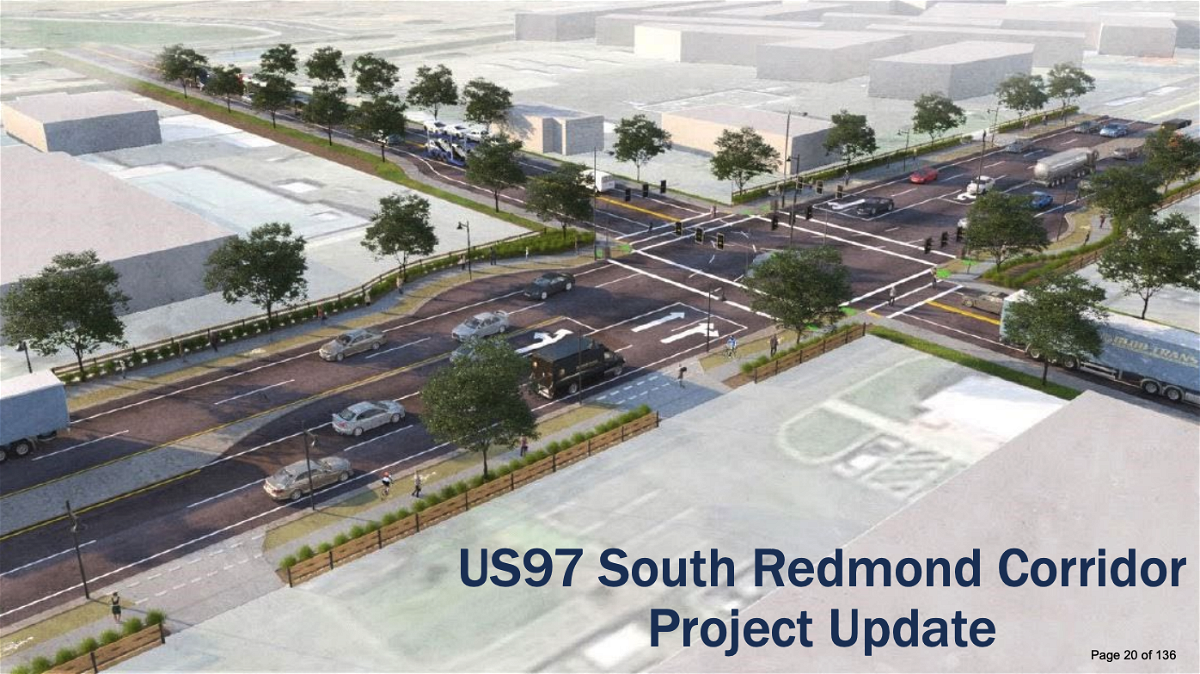 REDMOND, Ore. (KTVZ) — Several major road projects are underway on the roads around Bend, and a major one is starting on highways 20 and 97 on the north end of town. Meanwhile, plans are proceeding for a major project, in the works for years, to improve Highway 97 on the south end of Redmond and on major connecting streets.

An update on the US 97 South Redmond Corridor Project is being presented to Redmond city councilors next Tuesday evening.

A big chunk of the funding would come in a grant from the federal government’s Rural Surface Transportation program.

The project as being presented Tuesday evening that would be covered in part by the grant would include a pavement rebuild on Highway 97 from Veterans Way to Yew Avenue, other corridor improvements and on Canal Boulevard, a roundabout at Highway 126 and Southeast Ninth Street, another roundabout at Veterans Way/Ninth Street/Airport Way and the Ninth Street connection, and an extension of 19th Street.

ODOT also lays out a scaled-down proposal if the grant is not approved, leaving out the two roundabouts and modifying the Canal Boulevard improvements.

You can find some earlier details here: https://southredmond97.org/

Kelsey McGee is meeting with ODOT Area Manager Robert Townsend to learn more about the project elements and the latest timeline. Her report will be on NewsChannel 21 First at Five.

Here is the full presentation: