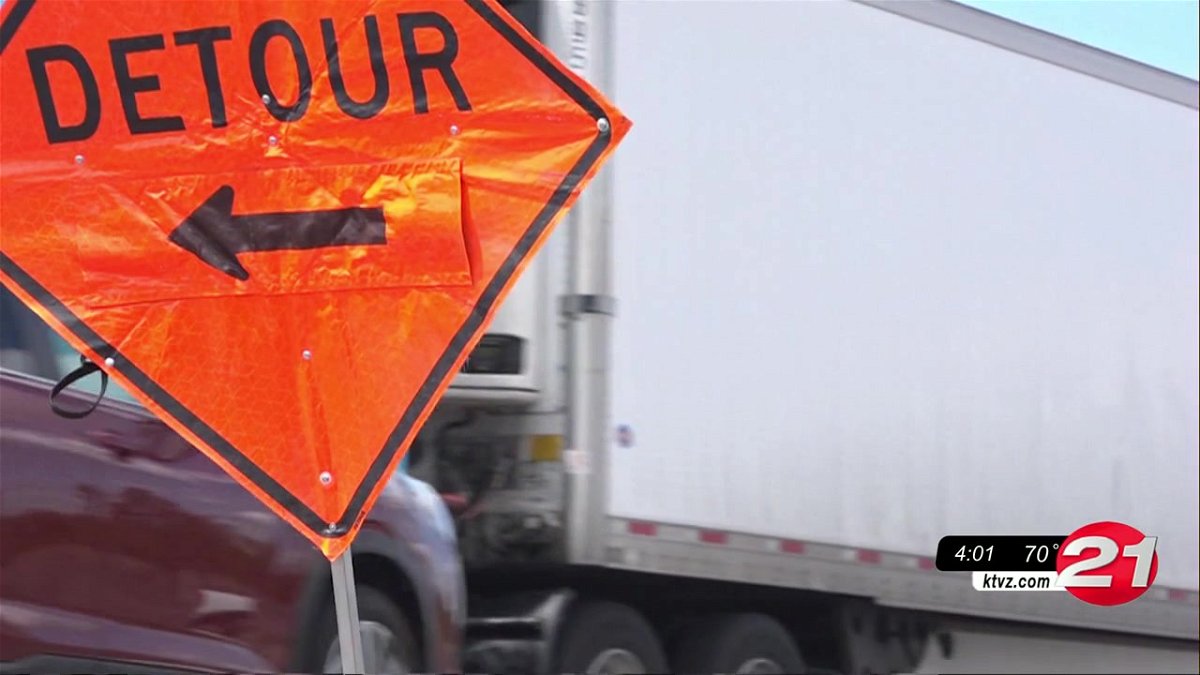 LA PINE, Ore. (KTVZ) — There were some unhappy drivers between Bend and La Pine Monday morning.

BNSF Railway had to make a repair to the tracks at wickiup junction, closing Highway 97 for about five hours.

Monday morning, just about everyone had to turn off the highway just north of La Pine.

Late Monday morning, traffic was building up on the detour, especially going north on Huntington.

A BNSF spokesperson told NewsChannel 21 a rail at the crossing at Wickiup junction needed to be replaced due to the wear and tear from eight to 12 trains a day passing over the tracks.

“Since this is the only railroad crossing of U.S. 97 that’s not separated with an overpass, (a closure like this) doesn’t happen very often,” Davey said.

Repairs were finished and the road was reopened around noon, but just south of the crossing sits the once true solution to Monday’s issue.

Those efforts were halted in 2017, when Townsend said unforeseen soft soil caused issues and halted construction of the new overcrossing.

That means they’re trying to determine if there’s a technique that can be used to complete the bridge, without further issues.

“The project we’re going to identify is going to have a hefty price tag, to manage some of the subsurface geotechnical issues that we face,” Townsend said.

It’s part of an ongoing Wickiup refinement plan, aimed at improving safety in the area.

“It’s still our goal to get rid of the last railroad at-grade crossing on Highway 97,” Townsend said.