NW Redmond family gets quite a dinnertime scare when a car smashes into their house, living room 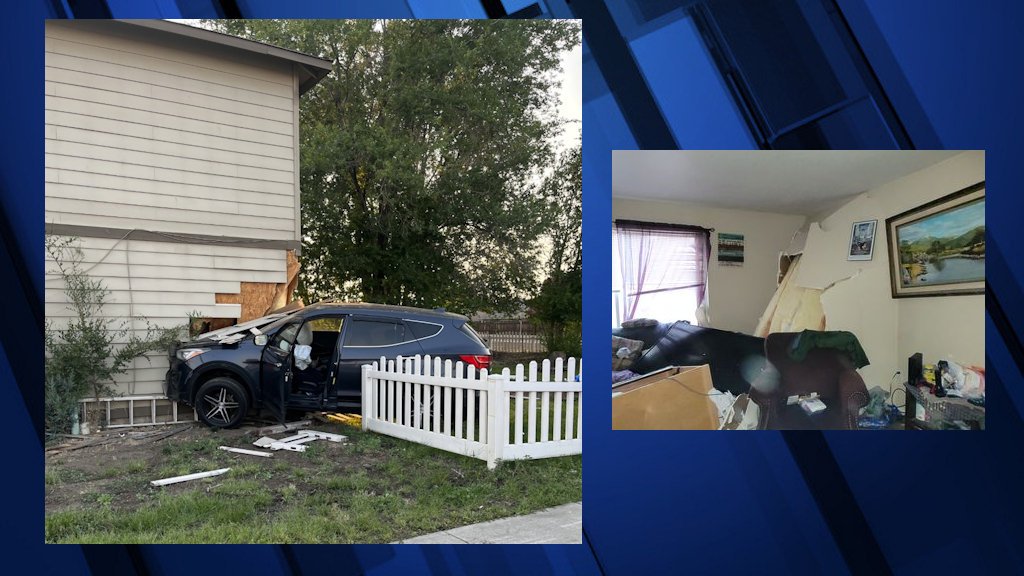 REDMOND, Ore. (KTVZ)– It was a typical Wednesday evening for the McCleary family, relaxing at their home on NW Larch Spur Court in Redmond — until a car crashed into the corner of their home, just feet away from where they were sitting.

It was a frightening occurrence when around 6 p.m., they saw the wall come down in front of them and the TV fall down.

The family was sitting around the living room, watching TV with their two children, when the car hit their place.

“We saw the front of the living room explode in front of us,” Rebecca McCleary said Thursday.

“It was extremely frightening — more for the children,” she said. “We are completely baffled that everyone is okay. Most importantly, we are happy the girls are okay.”

The family came outside and saw that a car had crashed into the side of their house. Their fence, TV, living room and PlayStation were all taken out by the crash, but they know it could have been much worse — and are very thankful it was not.

“Those are all monetary things,” she said. “That stuff’s all replaceable.”

She said they were told the driver reported to have fainted.

Kelsey McGee is speaking with the family, a neighbor and police to learn more. Her report will be on NewsChannel 21 at Five.

The post NW Redmond family gets quite a dinnertime scare when a car smashes into their house, living room appeared first on KTVZ.