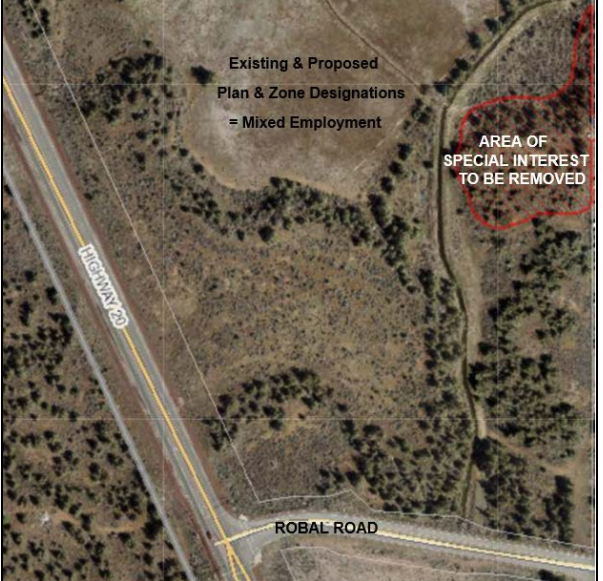 BEND, Ore. (KTVZ) — The master plan for a new 52-acre commercial retail and development on the north end of Bend, including a 188,000-square-foot relocated Costco, won narrow support Monday evening from the city’s Planning Commission and goes before the City Council next month.

After Monday evening’s 3-2 Planning Commission vote, city Senior Planner Aaron Henson said Tuesday if the Gateway North Master Plan wins final approval, Costco plans to close the existing store on the east side of Bend and relocate to the new site at the north end.

Unlike the current Costco location at the Forum Shopping Center on Highway 20 and Northeast 27th Street, the new Costco east of Highway 20, between Cooley Road and Robal Lane, would include a gas station and car wash, according to Powell Development Co.’s Gateway North Major Employment Master Plan.

The plans have been in the works for awhile — as in a decade.

City of Bend’s Planning Division Principal Planner Amy Barry said Tuesday, “We have been in meetings with this development group close to 10 years now. So it’s been something they’ve been working on for a long time.”

I asked Barry about the timeline.

“They’re hoping to get building permits (by) the end of next summer, next fall, if their timeline goes according to plan,” she said.

She added that Costco has a build-out timeline of around nine months to a year.

“They anticipate getting building permits around the same time,” she said. “But probably a longer build-out for the multiple buildings they’re proposing on their sites.”

You can see the planners’ summary below; the full staff reports are available at the Bend Planning Commission agenda.

There are also three retail pads for retail sales, a drive-thru restaurant and a standard restaurant. Numerous transportation improvements are planned, and deviations from development standards are proposed, such a 10-foot building height increase, from 45 to 55 feet.

The master plan proposal is scheduled to go before city councilors at their Nov. 2 meeting. The city would still need to approve the specific developments’ site plans, including one for Costco, before construction could begin.