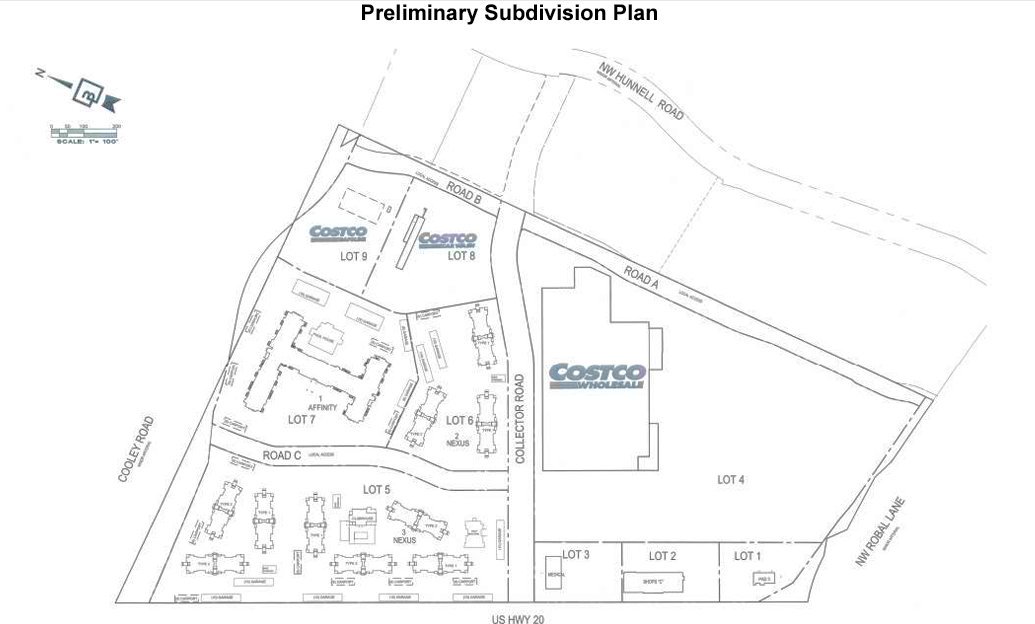 BEND, Ore. (KTVZ) — The master plan for a new 52-acre commercial development on the north end of Bend, including a 188,000-square-foot relocated Costco, won support Monday evening from the city’s Planning Commission and goes before the City Council next month.

Unlike the current Costco location at the Forum Shopping Center on Highway 20 and Northeast 27th Street, the new Costco would include a gas station and car wash, planning documents say.

Future recommendation plans were approved last night for a new Costco by the Bend Planning Commission. It’s the master plan on a 52-acre Gateway North site, that involves a new 188,000 square foot Costco with a gas station and car wash uses that will replace the existing location. The new Costco is planned to be situated between Robal Lane and Cooley Road.

There are also three retail pads for retail sales, a drive-thru restaurant and a standard restaurant. Numerous transportation improvements are planned, and deviations from development standards are proposed, such a 10-foot building height increase, from 45 to 55 feet.

City planning staff had recommended approval of the master plan, with several conditions.

But, there are still several hurdles that are needed to get the ball rolling. The mater plan proposal and Planning Commission recommendation is scheduled to go before city councilors at their Nov. 2 meeting.

Kelsey McGee is meeting with the city’s principal planner to find out when we can expect to see building start. Her report will be on NewsChannel 21 at Five.