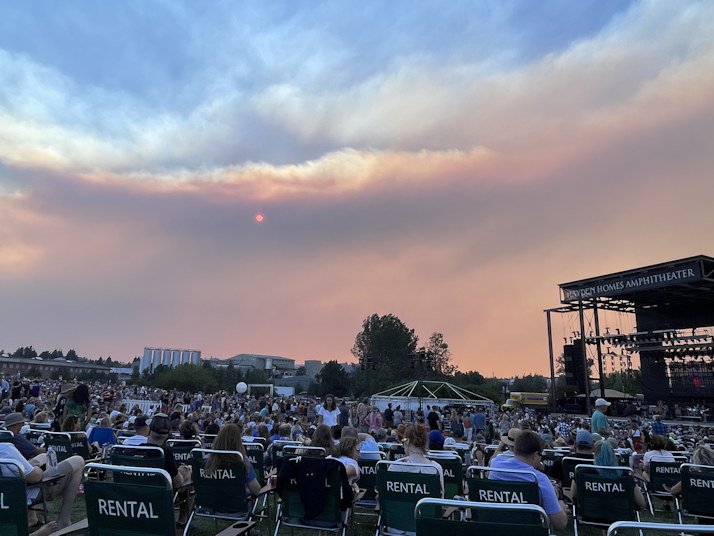 La PINE, Ore. (KTVZ) – As firefighting crews across Oregon work to stop wildfires large and small, many ignited by recent lightning, a new fire on Green Butte southeast of La Pine grew from 10 to 30 acres Wednesday and is zero percent contained, officials said.

Crews were reported to be making good progress Wednesday building direct lines on the fire, with support from helicopters and tanker planes dropping water and retardant, Webb said.

Central Oregon – Today was another active day across Central Oregon. Firefighters responded to four new wildfires. Each of these new starts are already contained or remain under an acre in size. The combination of gusty winds, low humidity and warm temperatures resulted in increased fire activity on the Green Butte Fire this afternoon. Activity increased as well as on other incidents on neighboring forests, including the Cedar Creek Fire on the Willamette National Forest and the Windigo Fire on the Umpqua National Forest, both of which pushed smoke into Bend and surrounding areas.

The Green Butte Fire, previously referred to as Incident 537, grew to 30 acres today and is 0% contained. This fire is located on the Deschutes National Forest approximately 12 miles southeast of La Pine and the junction of Hwy 97 and Hwy 31. Due to increased complexity, a Type 3 Incident Management Team will take command of the fire tomorrow morning. Updates on the Green Butte Fire will be written separately from these summary updates moving forward.

Due to more accurate mapping, the size of the Fly Creek Fire has been reduced to 274 acres. Containment remains at 80%. Firefighters made good progress extinguishing hot spots on the interior of the fire perimeter today. Winds are picking up over the fire area and a helicopter is assisting ground resources with bucket drops this evening. The Level 1 evacuation notice for the Three Rivers area and the Level 3 evacuation notice for the Perry South and Monty Campgrounds remain in place. For information on evacuations, please visit: https://www.facebook.com/JeffersonCountyORSheriff.

The Juniper Creek Fire is holding at 1.6 acres and remains 50% contained. Resources will be on scene of this fire again tomorrow. Incident 535 which is located roughly 20 miles southeast of Bend and north of Hwy 20 is 0.5 acres. Resources are building control lines and working to secure containment. It was determined that Incident 538, which was reported on private lands about 20 miles east of The Dalles, was a false alarm.

Red Flag Warnings remain in effect through this evening for abundant lightning as well as gusty winds and low relative humidity for portions of central Oregon. Weather conditions are expected to be slightly cooler tomorrow and no lightning is predicted. Despite the slightly cooler temperatures, conditions will generally be warm and dry with low relative humidity across the area. Strong winds are predicted in some areas. The potential for fire growth remains high. Fire officials anticipate that more hold-over fires may be discovered and are prepared to respond.

Central Oregon is experiencing smoke impacts from a few different active fires on neighboring forests. Smoke often settles into low-lying areas and river corridors overnight. The public is advised to ensure all windows and doors are securely closed in the evening and early morning hours to limit smoke exposure. For air quality information, visit: https://fire.airnow.gov/ or https://www.airnow.gov/. For more information on how to limit your smoke exposure, visit: https://www.centraloregonfire.org/wildfire-smoke-your-health/.

The post New fire on Green Butte SE of La Pine grows to 30 acres as 2 nearby fires push smoke into Bend area appeared first on KTVZ.