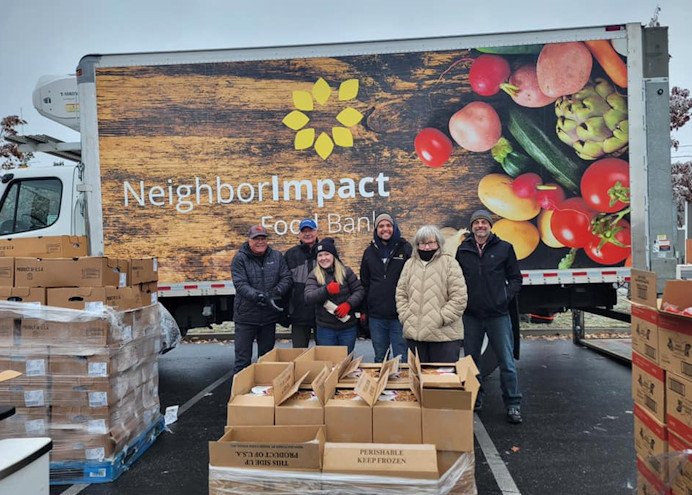 REDMOND, Ore. (KTVZ) — To help hungry families share a meal this Thanksgiving, NeighborImpact has distributed Thanksgiving meal staples to more than a dozen food pantries throughout Crook, Deschutes, and Jefferson counties and the Confederated Tribes of Warm Springs.

“With inflation greatly affecting the cost of groceries, it’s no surprise that many families are struggling to get meals on the table,” said NeighborImpact Food Bank director, Carly Sanders. “This distribution will enable families to celebrate the holiday without the barrier of a price tag.”

In total, NeighborImpact has distributed 2,400 Thanksgiving meals, half of which were purchased using Turkey Bucks raised by Safeway and Albertsons customers. The other 1,200 meals were purchased by the Food Bank.

View NeighborImpact’s Thanksgiving Food Guide in English or Español to find a food pantry distribution near you.

In this season of giving thanks, NeighborImpact expresses deep gratitude to the partners, donors and volunteers whose support of the Food Bank makes it possible to bring more than 5 million pounds of food to the region each year.

About NeighborImpact: NeighborImpact is a private non-profit governed by a board of directors drawn from across the community. Since 1985, NeighborImpact has led the region in developing solutions and bringing resources to Crook, Deschutes and Jefferson counties and the Confederated Tribes of Warm Springs. We help meet the basic needs of Central Oregonians, build economic security and create a community where everyone thrives. NeighborImpact receives federal, state and local grants, foundation grants and donations from individuals and businesses in our community. To learn more about NeighborImpact please visit www.neighborimpact.org.