Neighborhood groups launch campaign, begin survey in bid to ‘save Deschutes South Canyon’ as a park 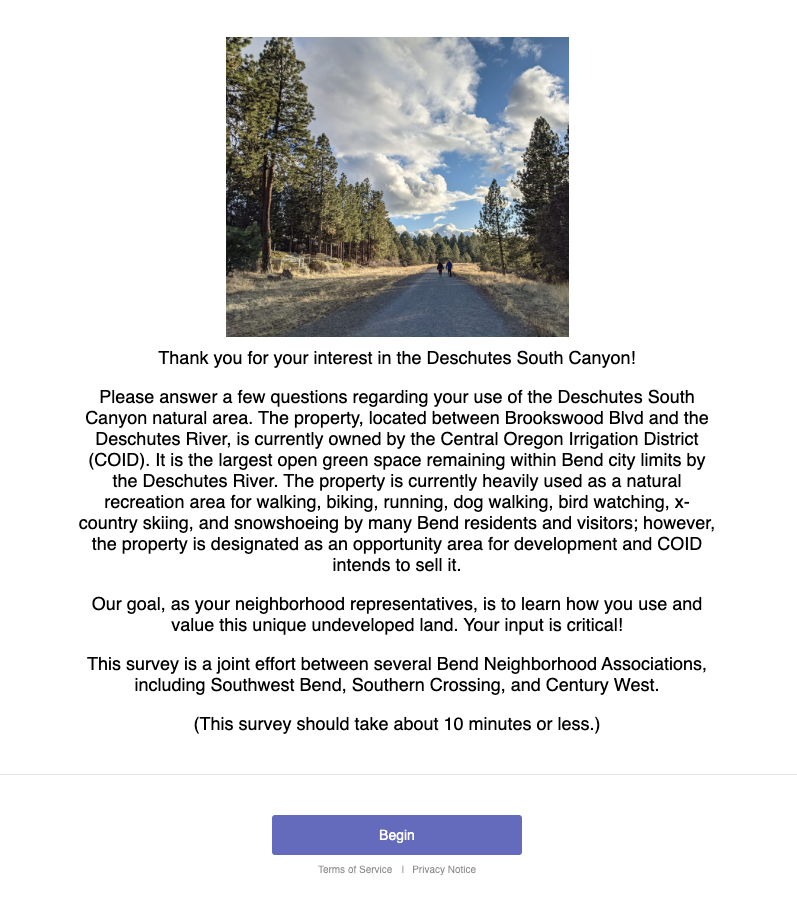 The group launched a Save Bend Green Space group and website, saying the land is very popular for recreational uses and many people in the community want to keep it that way. The community hopes it can be made into a new park, similar to Shevlin Park.

The Central Oregon Irrigation has been planning for a few years to sell about 80 acres of its property south of the Old Mill District for some time to Pahlisch Homes of Bend, reportedly for $10 million, though some final land-use steps are needed.

It’s part of COID’s roughly 140-acre property bounded by the river and Brookswood Boulevard. They would keep the rest of the land, which includes a piped canal and power station

Several neighborhood associations, including Southwest Bend, Southern Crossing and Century West, are coming together in the hopes of saving the land, and have also begun an online survey that will close on May 31.

NewsChannel 21’s Kelsey McGee is speaking with a representative of the group and with Bend Park and Recreation to get their perspective on the idea of the land becoming a permanent park. Her report will be on NewsChannel 21 at Five.

The post Neighborhood groups launch campaign, begin survey in bid to ‘save Deschutes South Canyon’ as a park appeared first on KTVZ.