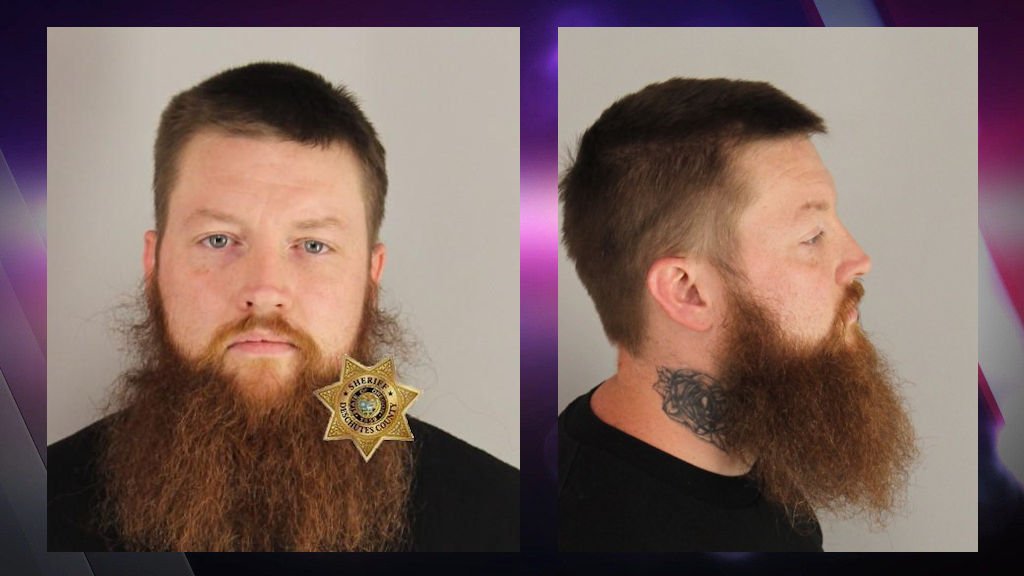 REDMOND, Ore. (KTVZ) – About 2,000 northeast Redmond residents got emergency alerts late Wednesday night that police were searching for a fugitive who ran from a traffic stop and “who may be armed and dangerous.” Despite an extensive search, the man had not been found by Thursday afternoon, authorities said.

Shortly before 11 p.m. Wednesday, a Deschutes County sheriff’s deputy tried to pull over the driver of a 1994 Toyota Camry in the area of Northeast Fifth Street and Maple Lane in Redmond for failure to maintain his lane of travel, Sergeant Jayson Janes said.

The driver, identified as Braxton Michael Monson, 36, refused to stop, and the deputy pursued the car for a short distance before losing sight of it, Janes said.

As the deputy was driving in the area, the Camry pulled out in front of him, so the deputy again tried to stop the car, at which point Monson stopped, got out and ran, the sergeant said,

The deputy and area residents then heard what they believed to be gunshots in the area where Monson ran to, Janes said.

An extensive search of the area, using K-9 teams and drones, was unsuccessful, Janes said.

NewsChannel 21’s Noah Chast is in Redmond this afternoon, talking to residents about what took place. His report is coming up at 5 on KTVZ.

Redmond police sent an initial emergency text alert to 1,802 contacts in the area around 11:15 p.m., saying police were “searching the area for a male suspect who may be armed and dangerous. Please stay indoors. Do not contact any unknown individuals” and to call 911 if anything suspicious is seen.

About 2:15 a.m., the sheriff’s office sent another alert to 1,998 contacts, saying they were continuing to search in northeast Redmond for the wanted man. Another alert sent shortly after 7 a.m. Thursday said the active search had ended, with the suspect still outstanding.

Janes said the sheriff’s office is seeking the public’s help in finding Monson, who last was seen wearing dark jeans and a hooded sweatshirt. He has a dark-colored flower tattoo on his neck and various tattoos on his arms. Two booking photos were released that Janes said show him with a longer beard than he has at present.

“It is possible Monson is armed, so do not attempt contact with him,” Janes wrote. “Monson is known to frequent the Prineville and Madras area. If you see Monson or know his location, please call 911 immediately.”

Janes said Monson has a nationwide warrant out for probation violation.

The sheriff’s office was assisted by the Redmond Police Department and Oregon State Police.

In 2017, KTVZ reported that a federal judge sentenced the then-Redmond resident to nearly seven years in federal prison for being a felon in possession of a firearm.

He was arrested in 2014 in Redmond in possession of an AR-15-style rifle, ammunition, drugs, scales and cash, court documents said. Federal prosecutors said he had previous felony convictions for assaults and methamphetamine delivery.

In 2013, Bend police said he fled a traffic stop and led officers on a high-speed chase in northeast Bend, ditched his car and tried to run from police. He was found by a K-9 team while hiding in a home’s backyard, they said.