Much of C.O. in ‘exceptional drought’; experts warn of danger of more severe wildfire season 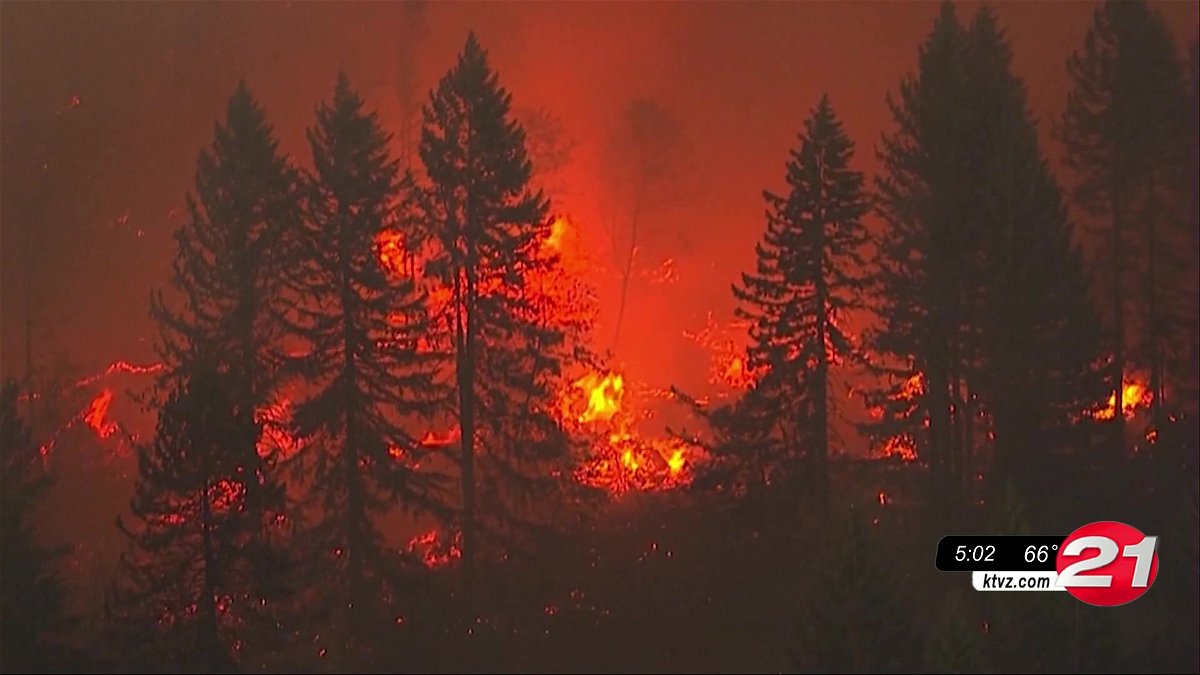 SALEM, Ore. (KTVZ) — Gov. Kate Brown held a news conference Monday with several wildfire experts to go over the outlook for the 2022 fire season, and it’s not an upbeat picture, amid continued drought conditions.

Speakers like state Deputy Fire Marshal Travis Medema said they believe this summer could be worse than previous years.

“However, in terms of risk, I think Oregon sits at even larger risk than it did during the 2021 wildfire season, due to the expanding drought and mega drought across Oregon,” Medema said.  “Specifically South Central, Central and moving into Eastern Oregon.”

Other wildfire experts, including Mike Shaw, fire chief for the Oregon Department of Forestry, are also expecting wildfire risk to be higher than last summer, mostly due to those continued, extreme drought conditions, despite the recent snow and rain.

“With the underlying drought conditions, it is very likely that we will have exceedingly challenging fires on the landscape that we have to deal with,” Shaw said.

In May of 2021, only a small portion of Central Oregon was in ‘Exceptional Drought’.

This year, all of Crook County and a good portion of Deschutes and Jefferson counties are already in that same category, along with areas of Southern and Eastern Oregon.

The governor already has declared a drought in 15 counties across the state, the most ever at this early time of year.

Oregon’s wet spring might delay the start of fire season, but Shaw said it won’t change the risk of wildfire severity.

“While it has been cooler and damper, the actual accumulation of rain has been marginal at best across Central Oregon, and so the drought conditions persist,” Shaw said.

Some good news is that most Oregon fire agencies have enough staff to operate fully, and there are more air quality monitor stations this year in Central Oregon and across the state to track the unhealthy wildfire smoke.

However, determining how many wildfires there will be, and how bad, is always something of a guessing game.

“We know that we are going to have a fire season — we always do in Oregon. And we know that we will have lighting-caused fires,” Shaw said.

He noted that last year was actually a below-average lightning season.

However, every year, humans are the No. 1 cause of wildfires. And all of the state fire officials, including Governor Brown, are pleading for every Oregonian to do their part to bring that number down.

“So please, please be smart and be careful when you’re enjoying our outdoors,” Brown said. “You can help prevent tragic loss.”

The post Much of C.O. in ‘exceptional drought’; experts warn of danger of more severe wildfire season appeared first on KTVZ.