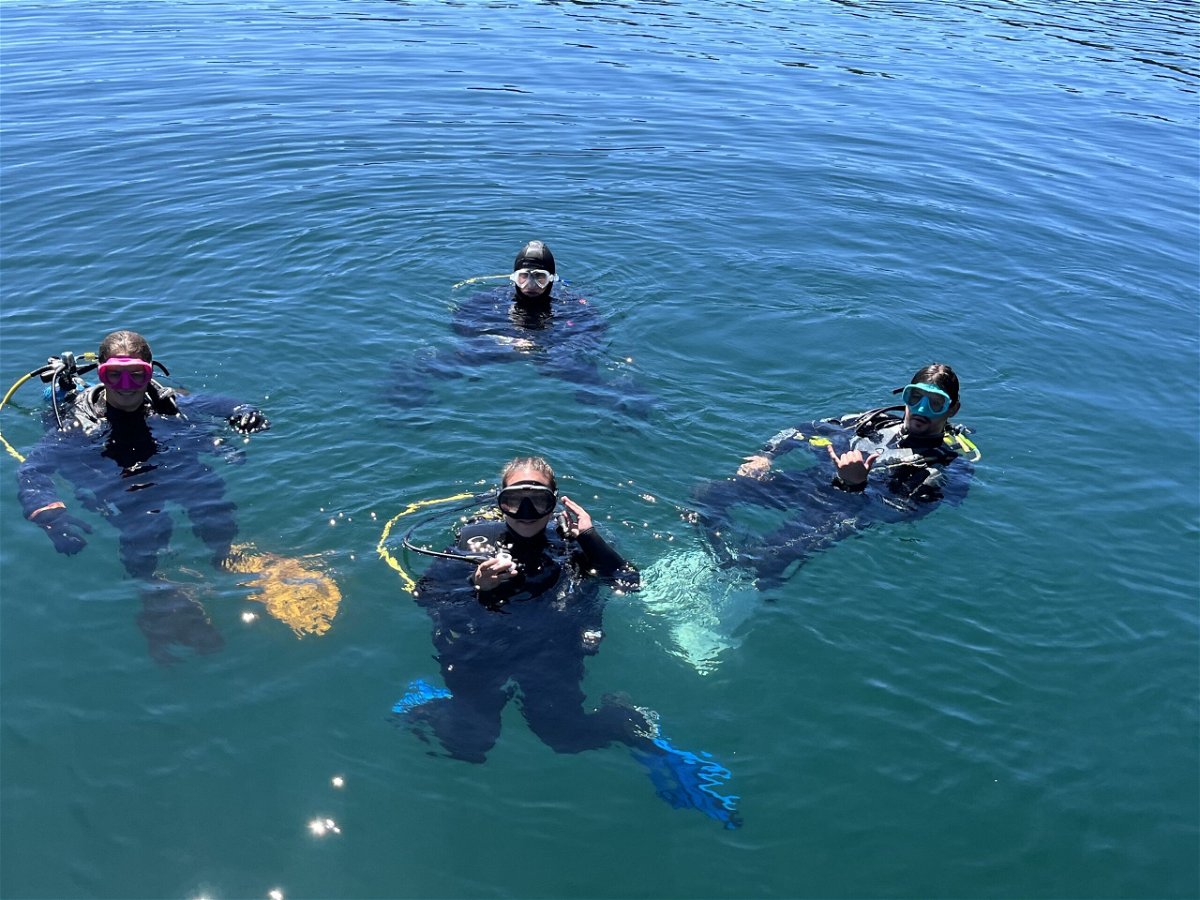 SUNRIVER, Ore. (KTVZ) — The new Den Dive Shop in Sunriver, which held a grand opening last month, also has a new dive club. It’s called the Mountain Muskrats, with plans for fun and a good turn for the waterways they explore

The club was created to spread awareness of diving and the waterways people use. It’s an independent dive club that plans to explore Oregon’s waterways and help to make them a little bit cleaner.

The club met in person for the first time Saturday evening to decide on the first location to clean up.

The Mountain Muskrats was created by shop owner Zack Smith and Executive Support Tech Nathan Werner. The club meets the first Saturday of every month and during Covid, the club held meetings over Skype.

The group members would discuss where they’re going to be diving,  where the cleanups will be and other details of the organization.

“We were on Skype for a year, and now we’re slowly weaning off it,” Smith said Saturday. “We have a few members who for example are in New Jersey, also over in Portland that will be joining us tonight on their Skype, as well.

“We can still reach out to those individuals who are still vacationing and don’t want to be here directly –we can still do that. But the people that are comfortable with being face-to-face are more than welcome to come in and join in.”

There’s about 20 members in the club, though not all are active at this time.

For the first in-person meeting, six people were signed up to attend.

To be a member, it’s a $100 a year– the benefits include three free air fills, 15% off sky-dive awesome tandem jumps, access to any club merchandise and access to the club boat and trips.

If you’re not ready to dive in and be a part of the club, you can do shore dives to see if you enjoy it.

“It’s almost going to be like, kind of falling back on the olden days, which is kind of what we want to fall into,” he said.