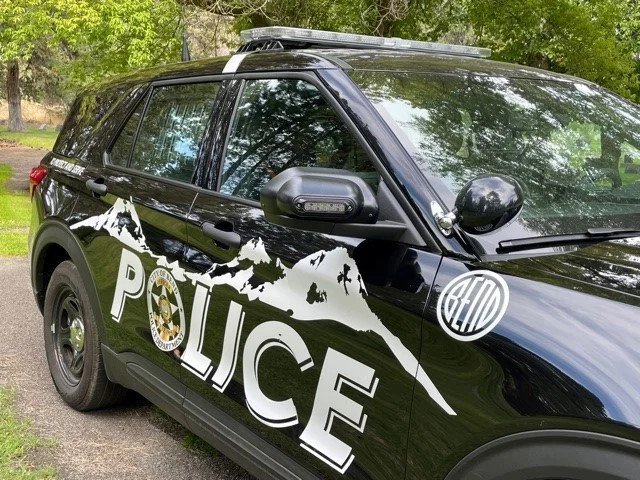 BEND, Ore. (KTVZ) – A Medford man who refused to stop for police in southeast Bend early Friday morning crashed his pickup truck into a fence and ran, prompting an emergency alert to neighbors before he was captured, police said.

Police responded around 2:15 a.m. to the report of a stolen vehicle in the 400 block of Southeast Sixth Street, Bend PD Communications Manager Sheila Miller said.

That vehicle had been returned by the time officers arrived, but an investigation determined the that a 32-year-old Medford man with a felony conviction had left the area in a silver pickup truck that contained firearms, Miller said.

Officers found the pickup and initiated a traffic stop, but he wouldn’t pull over. Miller said officers did not pursue the truck but soon found it crashed into a fence and abandoned near Jaycee Park on Southeast Railroad Street.

Bend Police and Deschutes County 911 dispatchers sent an emergency alert to neighbors about the possibly armed man in the area, Miller said.

Officers sought and executed a search warrant on the pickup. While collecting evidence in it, the suspect ran from a nearby home and was taken into custody without incident, Miller said.