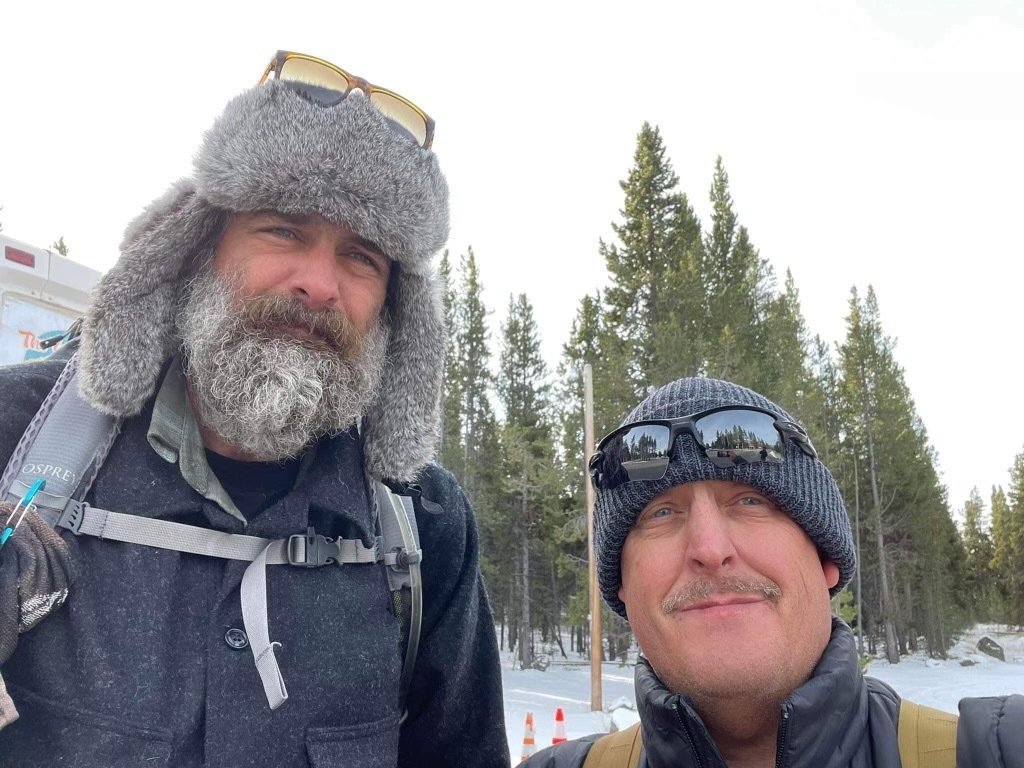 ‘It’s been great to see the magnificence that is America’

BEND, Ore. (KTVZ) — A small band of Marines nearing the end of a cross-country walk with a special mission arrived in Bend on Thursday, on their way from the Massachusetts coast to the Oregon coast.

Justin LeHew and Coleman Kinzer, of the Team Long Road, said they want to raise awareness about the more than 80,000 veterans who are still missing in action.  They are also raising funds to help recover more MIAs, bringing more families long-sought answers and closure.

Two of the walkers have served over 56 years in the Marines. In August, they were joined by a third Marine,  Ray “Shino” Shinohara, in Illinois.

“JD” LeHew and “Rocky” Kinzer also manage the nonprofit “History Flight,” the recovery of MIA remains and returns of remains to families (https://historyflight.com/elementor-1699/).

Since 2003, History Flight missions have recovered the remains of over 130 missing service members, in both the European and Pacific theaters of war, and helped return them to their families. They also areis also responsible for the recovery of another 250 sets of remains; turned over to the Defense POW/MIA Accounting Agency for the process of identification.

I spoke with two of the Team Long Road walkers as they approached Bend on Thursday afternoon to ask about their journey.

LeHew said, “It’s been hard, but it’s been great to see the magnificence that is America, from Boston Harbor, all the way to now, getting ready to walk over the Cascades into Newport.”

“You really wish that every American can get the opportunity in their lives to be able to do do what it is that we are blessed to have this opportunity to do,” LeHew added.

Kinzer said, “You get a feel for each state and each state has its own personality. But the one common denominator is just how awesome the reception has been, and all the people have been. To hear all their stories, it’s not only just the stories of, you know, folks missing in action. It’s stories of where you grew up at: ‘Well, I grew up here, then I had to move away and came back for the family farm.”

Team Long Road will be staying in Central Oregon for a couple of days. The Bend Heroes Foundation is inviting everyone to help welcome them at 1 p.m. Sunday at the Oregon Medal of Honor Highway sign at the Sisters Scenic Viewpoint on U.S. Highway 20.