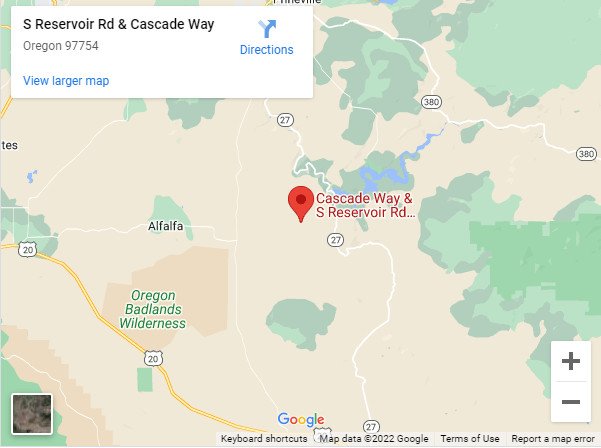 ALFALFA, Ore. (KTVZ) – Crook County sheriff’s deputies and firefighters responded early Saturday morning to a “major incident” in the largely off-the-grid Juniper Acres area east of Alfalfa, and authorities have not divulged more details but did say, “At this time, there is no risk to the public.”

“The investigation is ongoing and there are multiple resources assisting in this incident,” the sergeant added.

“For those who don’t reside in the area of Juniper Acres, we are asking that you please stay out of the area as this event continues to unfold and is actively being investigated,” Sanchez said.

The sergeant said “more information will be released at a later time.” Sanchez had no more details to provide at midday.

However, unconfirmed police scanner reports indicated that Crook County Fire requested Alfalfa Fire to assist with a structure fire shortly after 6 a.m. in the 1700 block of Palm Lane, with people possibly inside, and Bend Fire & Rescue also sent a medic unit.

We’ll have more details as they are made available.