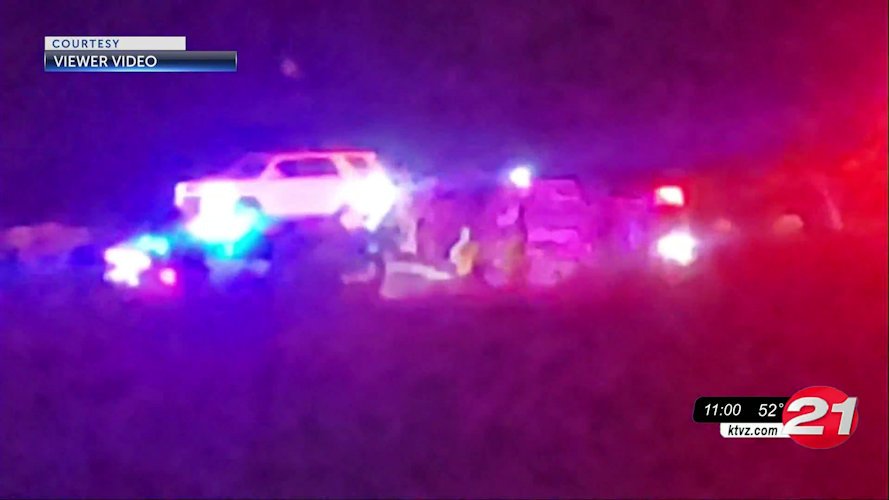 REDMOND, Ore. (KTVZ) – A 23-year-old Madras man was killed Thursday night when he crossed into the oncoming lane of U.S. Highway 97 north of Redmond and his car collided head-on with a pickup truck, Oregon State Police said.

OSP troopers and other emergency personnel responded around 7:40 p.m. to the two-vehicle crash on the highway near milepost 117, the agency said Friday.

A preliminary investigation found that Micah Borden, 23, of Madras, was driving a Honda Accord heading south that crossed into the northbound lane and collided head-on with a Ford F-150 pickup driven by a 37-year-old Redmond man, OSP said.

Borden sustained fatal injuries and died at the scene, troopers said. The Redmond man was taken to a hospital with injuries.

OSP said it was assisted by Redmond Fire & Rescue, the Deschutes County Sheriff’s Office and ODOT.

The crash occurred in the area of Highway 97 and NW Canal Blvd/Pershall Way, at milepost 118, about two miles south of Terrebonne.

ODOT advised drivers to use other routes, and said the highway reopened in alternating directions with flaggers about an hour later. The highway was fully reopened before 10:30 p.m.