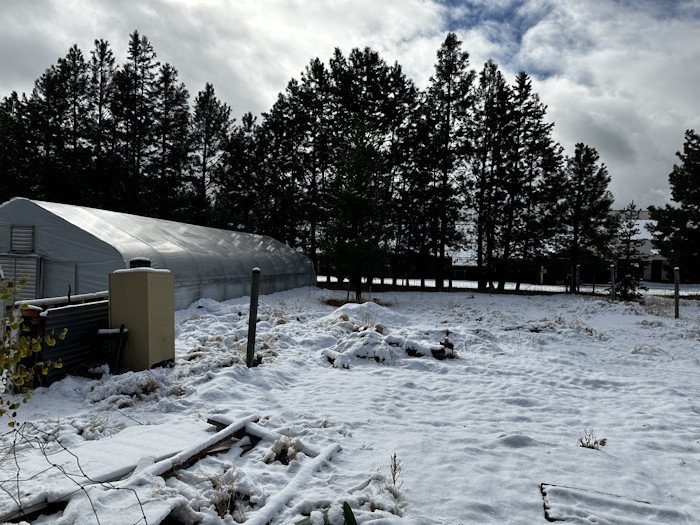 La PINE, Ore. (KTVZ) – A La Pine mother and son were arrested by drug agents Wednesday in a raid on their property, where they’re accused of growing and processing illegal marijuana, then delivering it around the Northwest.

Sgt. Kent Vander Kamp of the Central Oregon Drug Enforcement Team said in a news release Thursday that the case began with community complaints and tips about the 67-year-old woman and her 26-year-old son operating a large-scale marijuana grow in a residential area.

As a result, detectives drug agents and intelligence analysts from both teams conducted physical and electronic surveillance, confirming the family built unpermitted structures and converted others into indoor marijuana grow facilities.

Around 10 a.m., CODE and DCIME detectives, assisted by the Sheriff’s Office Street Crimes Unit, executed a search warrant at the property in the 52500 block of Day Road, Vander Kamp said.

They seized 160 pounds of processed marijuana flower, with an estimated street value on the black market of $160,000, as well as 474 marijuana plants in various stages of growth and two firearms.

The mother and son were arrested and booked into the county jail on charges of unlawful manufacturing, delivery and possession of marijuana.

The possession of small amounts of marijuana is legal for recreational use in Oregon, Vander Kamp said. However, large, unlicensed marijuana operations remain illegal. “These unregulated operations pose dangers to the public and the environment,” he said.

This commercial grow operation was located in a rural residential area of Deschutes County, the sergeant said. Most of the area’s residents depend on the ground or well water for their households and own agricultural ventures. In March, Gov. Kate Brown declared Deschutes County to be in extreme drought conditions and struggling with consistent groundwater sources.

CODE and DCIME assisted the Sheriff’s Office and Sheriff’s Street Crime Unit with investigating, eradicating, and dismantling this site.