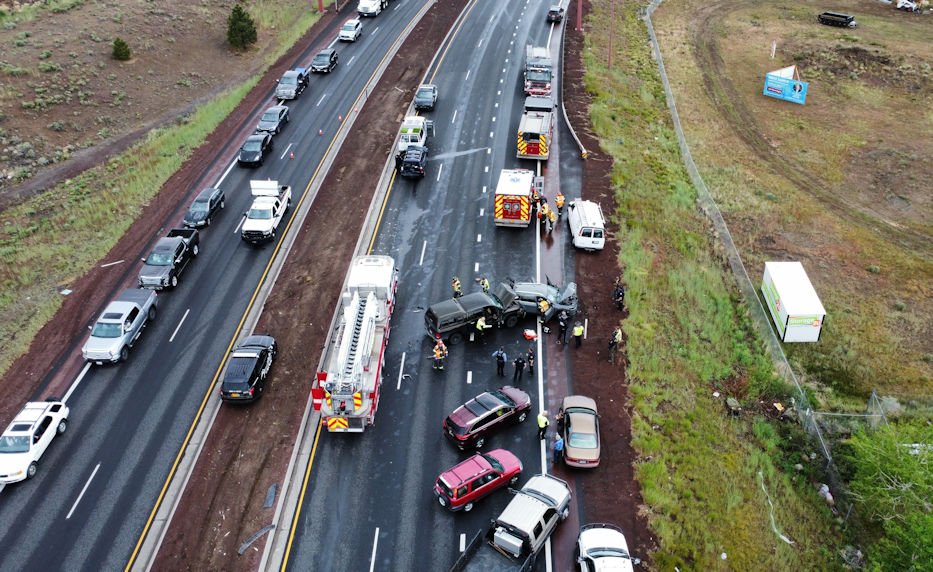 Other crashes reported in region on rainy start to weekend

Callers informed dispatch around 3:40 p.m. of the crash that occurred in the inside (left) northbound lane of the parkway (Highway 97) near the Highway 20 “loop” onramp (Exit 135A), Lieutenant Mike Landolt said.

An investigation determined that a white van and blue Toyota 4-Runner were stopped, as traffic was backed up, Landolt said.

The third vehicle, a gray Jeep Cherokee, was slowing down, when a fourth vehicle, a black Dodge pickup truck, crashed into the Jeep, which then hit the two vehicles stopped in front of it, the lieutenant said.

Bend police asked anyone who witnessed the crash to contact them through the Deschutes County dispatch non-emergency number, 541-693-6911.

It was one of several crashes reported, including two in the Redmond area, as the Memorial Day weekend travel period began amid rainfall over much of the region.