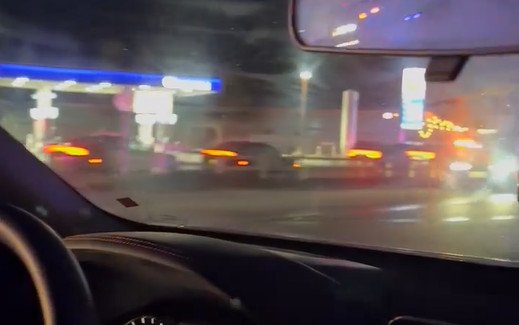 La PINE, Ore. (KTVZ) – A report of an active shooter near a La Pine bowling alley brought numerous police from several agencies rushing to the scene Friday evening, but it turned out to be a La Pine man who got in a pool-game dispute and went outside, got a gun from his vehicle and fired shots in the air, officials said.

Arriving deputies quickly detained one subject reportedly involved in the incident, also contacting others in and around the business, Janes said. They determined it was not an active-shooter situation and no one was injured. They also learned a man got into a dispute over a pool game, retrieved a gun from his vehicle, fired shots into the air, then fled the scene.

Deputies found the man’s vehicle at his home in the 52000 block of Highway 97, not far from the bowling alley. They maintained surveillance on the home until members of the sheriff’s office SWAT team could respond.

SWAT negotiators were able to get everyone in the home to come outside, and the suspect was taken into custody without further incident around 9 p.m.

The man was taken to the county jail in Bend, where he was lodged on charges of felon in possession of a firearm, menacing, first-degree theft (a stolen gun), reckless endangering, second-degree disorderly conduct, tampering with evidence and a felony arrest warrant out of Texas.

The sheriff’s office wants to thank all of the law enforcement agencies that responded to assist, Janes said.