Kayaker pulls man from Deschutes River in Bend, CPR performed; has no pulse when rushed to hospital 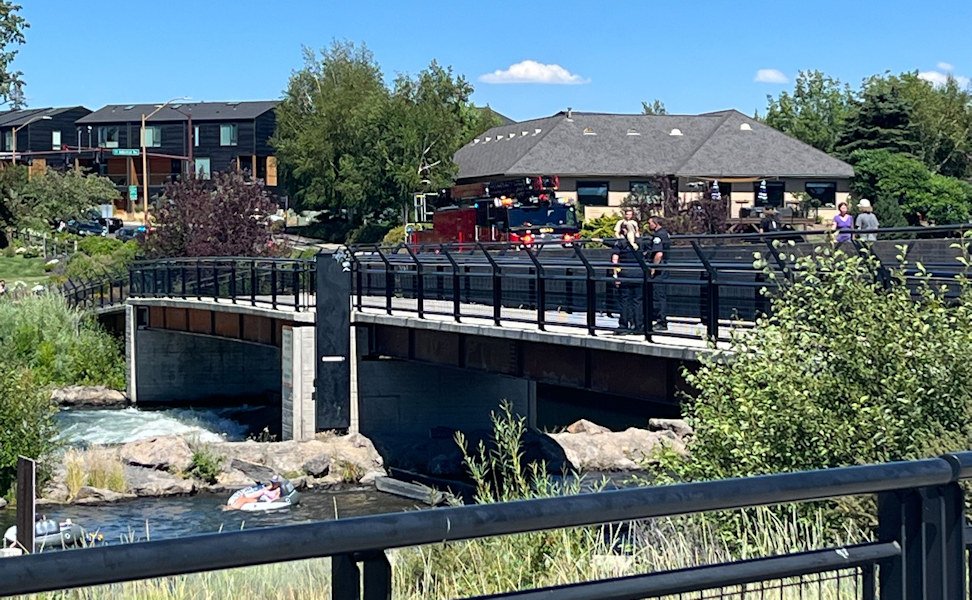 BEND, Ore. (KTVZ) – A kayaker pulled a man from the Deschutes River in Bend and he was rushed to the hospital Thursday afternoon after someone on the Colorado Avenue footbridge spotted him in the water, authorities said.

Police and fire medics were dispatched around 2:17 p.m. to a person in the river near McKay Park and the Bend Whitewater Park, Police Communications Manager Sheila Miller said.

A 911 caller from the Colorado Avenue Footbridge reported seeing a man underwater and directing a kayaker to him, in the center channel of the river, near the footbridge, in the Whitewater Park’s middle channel, upstream from the surfing wave. The kayaker went under the bridge and removed the man from the river.

Within three minutes, Miller said, bystanders had pulled the man from the water, and police and fire personnel conducted CPR on the middle-aged man for more than 10 minutes. The man had no pulse when he was rushed by ambulance to St. Charles Bend.

Lt. Mike Landolt indicated the man had no pulse when he left the scene.

Miller said she had no further information on his condition. The man’s name is not known, as no ID was found, Miller said.

No one at McKay Park or in the water at the time said they saw the man go underwater, she said, and it’s not known where he may have entered the river or how long he was underwater.

Police put a drone in the area to look for any other victims, as well as any boats, kayaks or floats. No other people or abandoned watercraft were found, Miller said

Many people were floating the river Thursday on another day of hot temperatures, with most apparently unaware of what had transpired nearby.

Miller said the Colorado Avenue Bridge was closed for about a half-hour due to the water rescue operation, reopening shortly after 3 p.m.

The post Kayaker pulls man from Deschutes River in Bend, CPR performed; has no pulse when rushed to hospital appeared first on KTVZ.