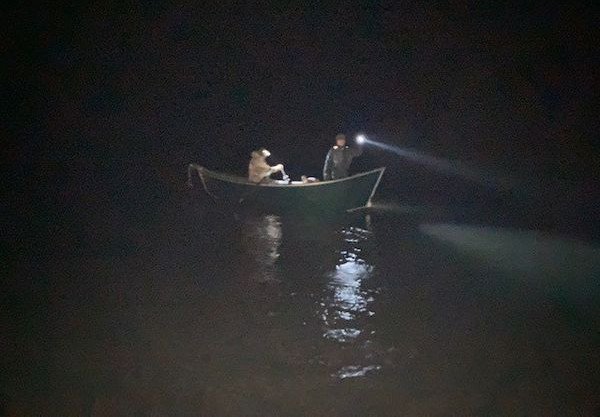 MADRAS, Ore. (KTVZ) – A pair of elderly anglers spent a long, cold night stranded on the Deschutes River, one aboard a boat after its anchor got loose. But it could have been a lot longer, if not for rescuers’ successful efforts.

The anglers had stopped around 4:30 p.m. Wednesday to fish at the last island before the Trout Creek Campground boat ramp, but the boat’s anchor became free and it started going downstream, deputies said.

One angler was able to get in the boat but was unable to get it back to the island, despite several attempts. As darkness fell in below-freezing temperatures, one was able to call for help.

With no jet boats available, deputies and Sheriff’s Search and Rescue members tried to go downstream with a drift boat powered by an outboard motor, but it became disabled.

The deputies and SAR members were able to put the drift boat in at Mecca Flat, then navigated the river by flashlight and headlamps, reaching the “extremely cold and thankful” stranded angler.

A SAR member floated the anglers’ boat and an angler to the boat ramp in a mission that lasted until 1 a.m. Thursday.