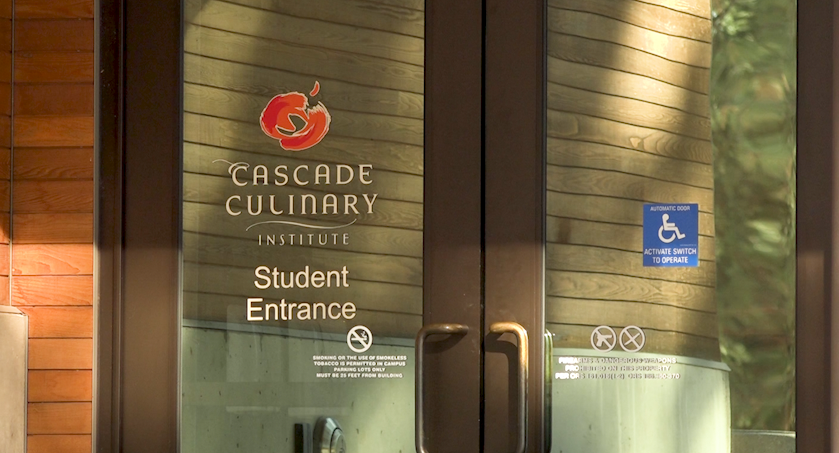 BEND, Ore. (KTVZ) — There are a few kitchens in the Jungers Culinary Center on the Central Oregon Community College campus. The building on campus is home to the Cascade Culinary Institute. The program works closely with the U.S. Coast Guard, which sends active-duty personnel to the school for training as chefs.

COCC Associate Professor of Culinary Arts Thor Erickson said, “When those students come to us, they come to us for a two-year degree program. “What’s really exciting about that is, we are teaching those students to go back to the Coast Guard and become culinary teachers themselves.”

Erickson added, “Here at Cascade Culinary, we’re very excited to have a relationship with the United States Coast Guard.”

In fact, “CCI has become the preferred choice for the Coast Guard,” according to Wayne Yeatman, the department’s chair and culinary instructor.

CCI offers degree and certificate programs in the culinary arts, baking and pastry arts, as well as hospitality management.

“I’ve always loved to cook,” U.S. Coast Guardsman Adrian Diel said. “I cooked at home a lot. I really thought, ‘Wow, maybe I can do that job, day in and day out.”

Diel has been a part of CCI for a year and a half.

There have been four “Coasties,” an informal term used by many, in the culinary program over the past three years, starting a new student each year.

“Originally, I was only going to join for four years — get a G.I. Bill, get out and go to college,” Diel said. “After almost 12 years, I decided to stay in and make a career of it, because I really enjoy the job.”

He says he found out about the culinary specialist job while in Coast Guard boot camp.

“When you get selected for the advanced education program through the Coast Guard, you get to select wherever you want to go for culinary school,” Diel said. “I haven’t even heard about Bend before that, but everyone highly recommended this school.”

“The neatest thing about being a cook in the Coast Guard is that you get judged three times a day, but in the best possible way. It’s like cooking for your family,” he said.

Erickson told me that last year, COCC had nearly 500 students who have served in the military.