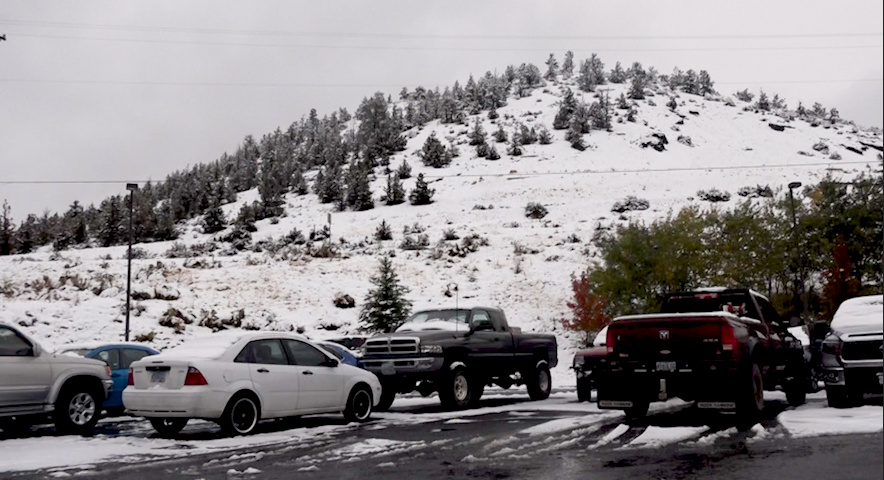 BEND, Ore. (KTVZ) — Across Central Oregon, the month of November started with a sudden blanket of white. City of Bend Streets and Operations workers got out the sanders for the snow on Tuesday, instead of using magnesium chloride, an anti-icer that does not work if it’s too wet.

The city was prepared, putting seven sanders on the road.

“We started applying our plows and sanders a couple weeks ago, in anticipation for the winter season,” Swann said. “We were pretty much ready for it.”

Swann said snow has to be about two inches deep before plows are brought out. He said when the snow is slushy, the trucks are equipped with sander units.

“We take care of our Priority 1 roads, which are arterials, Priority 2 which are collector roads — that encompasses our police stations, hospital, and schools,” he said.

There are about 35 city of Bend staff members working to clear streets.

A small team focuses on roundabouts and sidewalks. It wasn’t necessary with the Tuesday storm, but in an emergency they go to 12-hour shifts — two shifts, around the clock.

Swann added, “That’s usually when a snow emergency is declared by the city manager or his designee.”

Streets and Operations staff took advantage of this first wet snow to train new staff on the larger trucks.

While some people are worried about putting on snow tires, how to drive in the snow or how to dress for the snow — there are others excited for the winter weather.

At Powder House Ski and Patio and Skjersaa’s, they told me they have close to 90% of their winter stock ready for customers, with ski boots and snowboards the most popular items.

Meanwhile, at Mt. Bachelor, they’re still planning for November 25 — the day after Thanksgiving — as Opening Day, with this week’s storm just another tantalizing glimpse of what’s to come.

Buchholz added, “I was really excited to make a snow fort this year.”