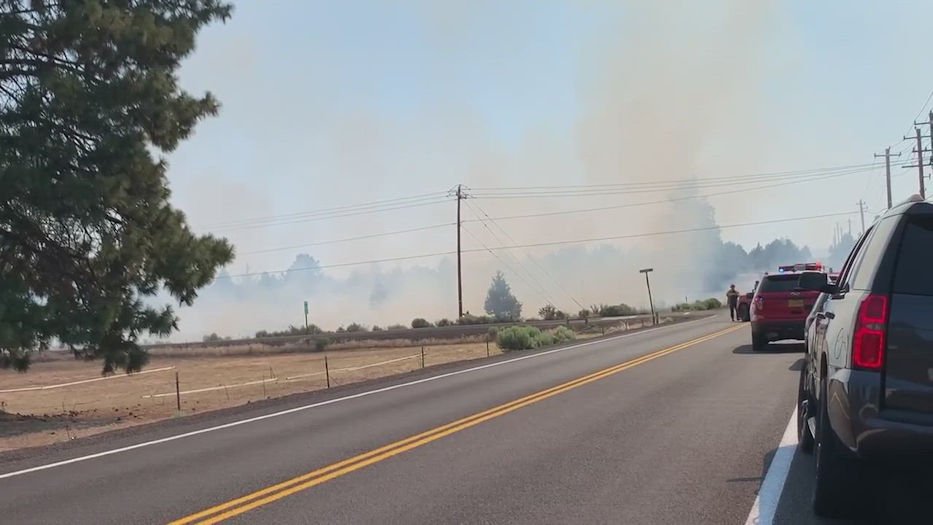 BEND, Ore. (KTVZ) — Firefighters tackled and lined a 1.5-acre brush fire that broke out near the intersection of Rickard and Billadeau roads east of Bend Tuesday morning — the latest of several human-caused fires that have fire officials worried about how a heat wave will further dry potential wildfire fuels.

Incident 436 was reported around 10:40 a.m. as a fire of about 20 square feet in size, but “grew very quickly,” Forest Service Public Affairs Officer Kassidy Kern said.

“While this fire is under investigation, we can confirm that it was a human-caused start,” Kern said. “These are growing very quickly now.”

Kern said they also already had picked up two other human-caused fires Tuesday morning – one an abandoned campfire that was still hot and smoking in the fire ring, and another that escaped the fire ring.

“We have a lot (of resources) ‘in the barn,’” ready to tackle new blazes, Kern said — as they have for several weeks around the region, fortunately stopping them at fairly small sizes. “So we’re prepared if lightning hits, but we sure would like to not to have these human starts.”

NewsChannel 21’s Bola Gbadebo went to the scene of the latest brush fire and will be looking at the rising danger amid the summer’s hottest days, and the key prevention steps everyone needs to keep in mind. Her report is coming up on NewsChannel 21 at Five.