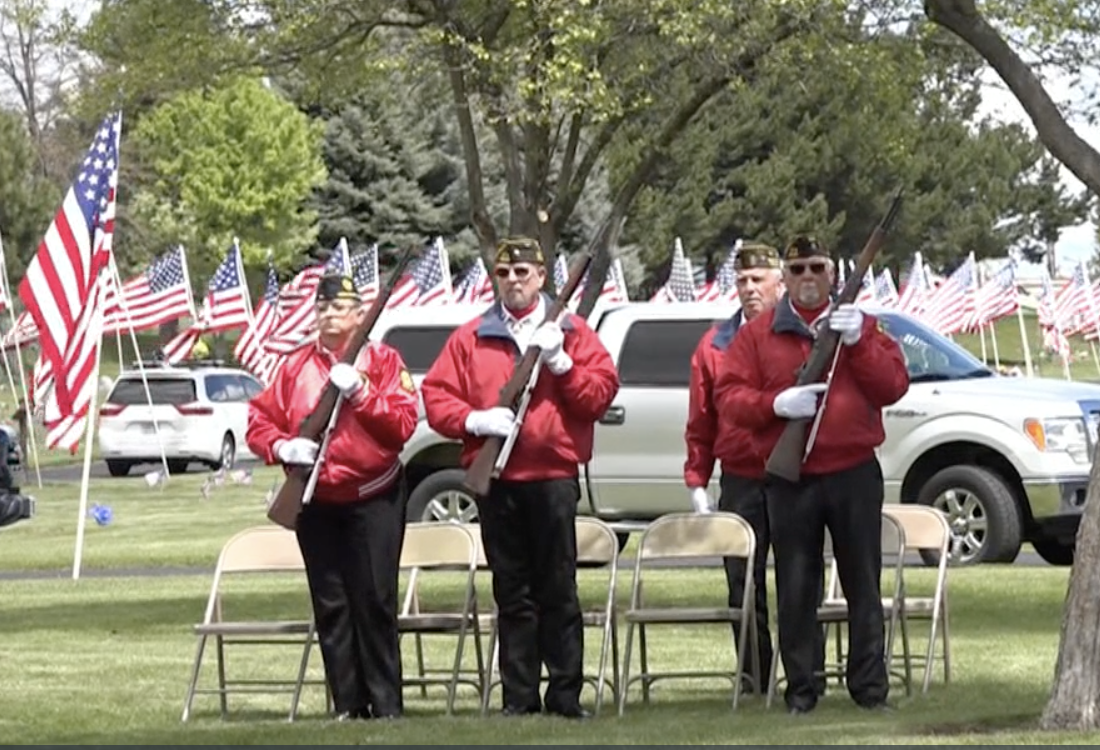 REDMOND, Ore. (KTVZ) — Memorial Day, as most Americans know, honors the sacrifices of the men and women who have laid down their lives for this country.

“There are three words that are really close to a veteran’s heart, and that is duty, honor, and country,” Veterans of Foreign Wars and American Legion Honor Guard Captain Don DeLand said Monday.

In an expression of gratitude for America’s fallen military service members, the Redmond American Legion Post 44 held two Memorial Day ceremonies Monday, one that began at 9 a.m. at the Terrebonne Pioneer Cemetery and another at the Redmond Memorial Cemetery two hours later, to recognize that the honor, duty, and pride for our nation has come at the great cost of many lives.

About 150 people showed up to the memorial ceremony at the Redmond cemetery.

DeLand, a Navy veteran who served in Vietnam, said he moved to Central Oregon after he retired and got involved in Veterans of Foreign Wars, The American Legion, and became the vice president of Honor Flight of Central Oregon, all in efforts to help other veterans.

On Sept. 21-24, Honor Flight of Central Oregon will fly another group of Central Oregon veterans to Washington, D.C., all expenses covered through donations, to visit the monuments and memorials built in their honor. The volunteer nonprofit takes around 30 veterans each September. Following the trip, a “Welcome Home” celebration at the Deschutes County Fairgrounds will take place on Sept. 24 at 3:30 p.m. for Central Oregon residents.

On Dec. 17, National Wreaths Across America Day, the Honor Guard will lay wreaths on every veterans’ grave across the country.

“The reason that we serve is, so we hope, that our children and grandchildren don’t have to serve in the future,” DeLand said.

He encourages people to thank veterans for their service — an acknowledgment of the sacrifices they and so many others made — including those honored Monday, who made the ultimate sacrifice, laying down their lives to protect our country’s freedoms.