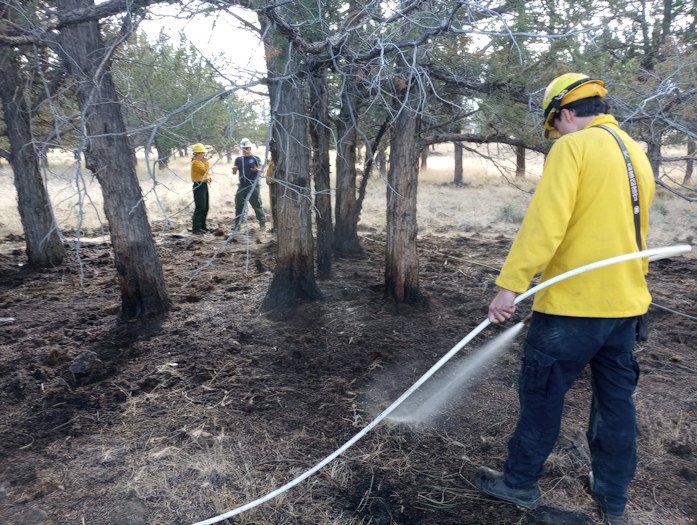 The fire is believed to have been started by aerial fireworks shot from the area of Southwest Prospect View Drive, as firework shards were found at the scene.

“This could have been much worse,” Colfels said. “Another 10 feet and the fire would have gotten into the tall cheatgrass – and with this wind, it would have taken off.”

Fire officials asked anyone who might have heard or seen anything regarding fireworks over the fourth of July weekend to contact the fire district.

Fireworks are prohibited year-round in the area, and aerial fireworks are illegal in Oregon, except for permitted displays put on by state-certified professionals.