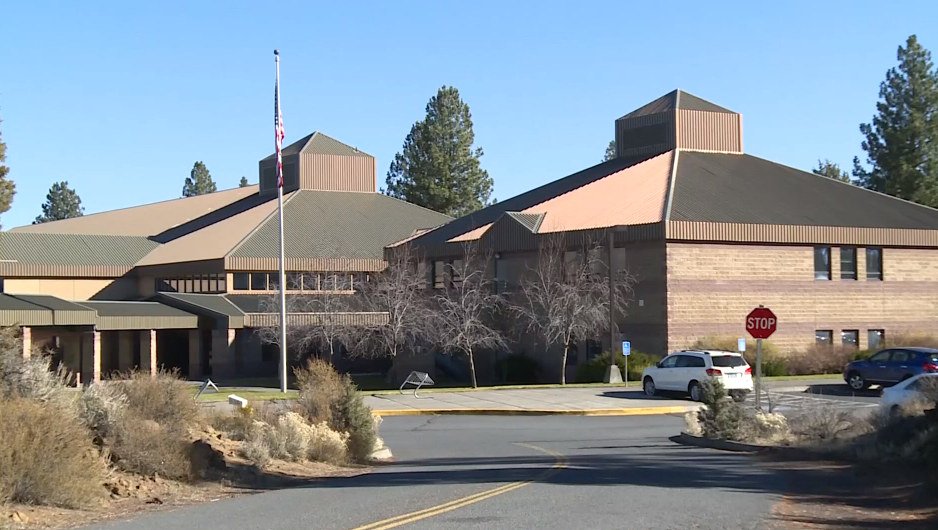 BEND, Ore. (KTVZ) — High Desert Middle School in southeast Bend was placed in “secure” lockout status with exterior doors locked for about a half-hour Tuesday morning when a suspicious man who turned out to be a federal fugitive showed up at the school. Police arrested the registered sex offender a short distance away.

Police responded to a call from the school about a suspicious man who had shown up there, and officers contacted the 40-year-old Bend man down the street from the school, police Communications Manager Sheila Miller said.

He was confirmed to have a no-bail warrant from U.S. Marshals and was taken into custody on the warrant, as well as a parole violation, and was lodged at the Deschutes County Jail. Court records show the man was convicted of sex abuse, including offenses against minors.

Miller confirmed the man was on parole for child sex offenses, and that the conditions imposed included not going near schools or other places where children gather.

Secure status is similar to what previously was called “lockout,” in which exterior doors are locked and not opened, but school sessions can proceed as normal. (It’s part of the recently revised Standard Response protocol, included below.)

“At about 10:40 a.m. today, we locked our permitter doors and went into SECURE, in response to a suspicious person in the area. We were released from SECURE at about 11:15 a.m., when law enforcement alerted us that they had a suspect in custody.

“During a SECURE, we bring all students inside our buildings, lock all exterior doors and proceed with instructional time as usual in our classrooms. No one is allowed to enter our schools during a SECURE and those inside remain there until the SECURE cleared.

“We practice SECURE drills with our students and staff annually. You can learn more about emergency preparedness here (see below)

“I want to thank our staff and students for doing an amazing job of following our safety protocols. Together, we are working to create a safe, caring community for our students.