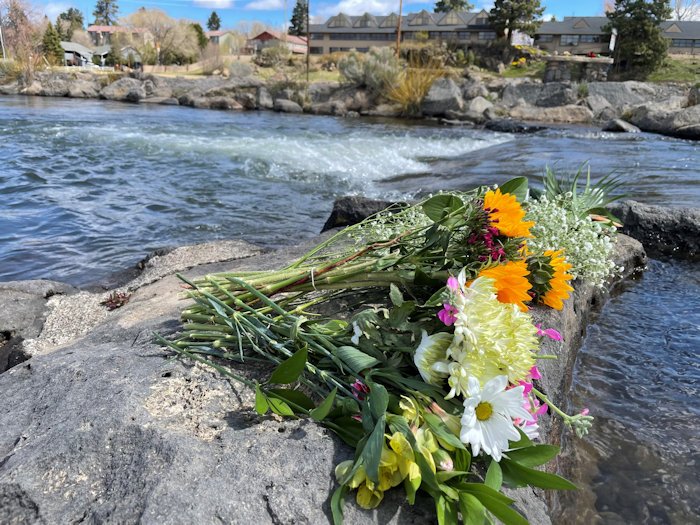 BEND, Ore. (KTVZ) – The grieving father of a Bend teen who passed away Sunday, a day after he was trapped underwater for six minutes at the Bend Whitewater Park, expressed thanks in a public statement for those 24 hours – an “incredible gift from God” – giving them time to tell their son “how much we loved him and how proud we were of the man that he had become.”

Ben Murphy, 17, who was a student at Marshall High School, “was not breathing and did not have a pulse when we were able to finally get him to shore,” Patrick Murphy said in a family statement posted on Facebook by Keith Kirkpatrick, the co-lead pastor at Journey Church in Bend, which the family attends.

“The paramedics were there to meet us and immediately started CPR,” Murphy said. “Ben was transported to St. Charles, where they continued CPR. He was shocked multiple times and did not respond.

“After 1 hour, the doctor approached Lynda and I and let us know he was gone,” the father wrote. “They had allowed us to be in the ER with him and we continued to pray. His finger twitched and his heart began to beat faintly. We continued to encourage him and the doctors started working on him again. His condition improved and they moved him to the ICU.”

The teen’s father praised the St. Charles staff as “more than amazing,” as they worked to help his son, and his vitals slowly improved for the first eight hours.

“He was on oxygen tons of medication and was sedated to keep him comfortable,” Murphy wrote. “We were able to talk to him, pray over him, read to him and share some of the encouraging notes we got from those of you supporting us. We were given an amazing gift of time with Ben to simply be with him.”

However, Murphy said, many of their son’s organs on Monday morning “showed severe damage from the trauma he experienced. The St. Charles staff went above and beyond in their efforts to save him, but unfortunately he had multiple organ failure and his body simply shut down.”

“Ben had an amazing relationship with Jesus (thanks to the village that has helped raise and shape him),” his father said. “We know 100% that he is in Heaven and have the assurance that we will see him again.”

NewsChannel 21’s Bola Gbadebo will have a report on KTVZ at 5 with the latest information on the incident.

The Bend Park and Recreation District has shut down the wave feature at the 7-year-old whitewater park pending the outcome of an investigation, and issued this statement on Monday:

Statement on tragedy that occurred at the Bend Whitewater Park
May 2, 2022

“All of us at Bend Park and Recreation District are deeply saddened that a young person lost his life. Our thoughts and prayers are with his family and friends as they mourn through this difficult time. May the family be comforted by the thousands of prayers over these past couple days and the road ahead.

“Evaluations are beginning immediately to assess the conditions of the whitewater park’s bladder and gate system. These evaluations will be conducted by our park district team as well as third-party experts. These efforts are urgent as seasonal water levels rise over the coming days and weeks.

“There were no river conditions on Saturday that we’re aware of that would have heightened risk. BPRD staff responded immediately and made operational changes to assist with rescue efforts by emergency responders.

“The whitewater park’s surf wave will remain flat until such time that we can fully assess what might have occurred in this tragedy.

“We ask for patience as we evaluate further on behalf of the community we serve. This responsibility is taken with the highest respect for everyone involved.”

The post Grieving father of Bend teen surfer talks of ‘incredible gift from God’: 24 hours before his son’s passing appeared first on KTVZ.