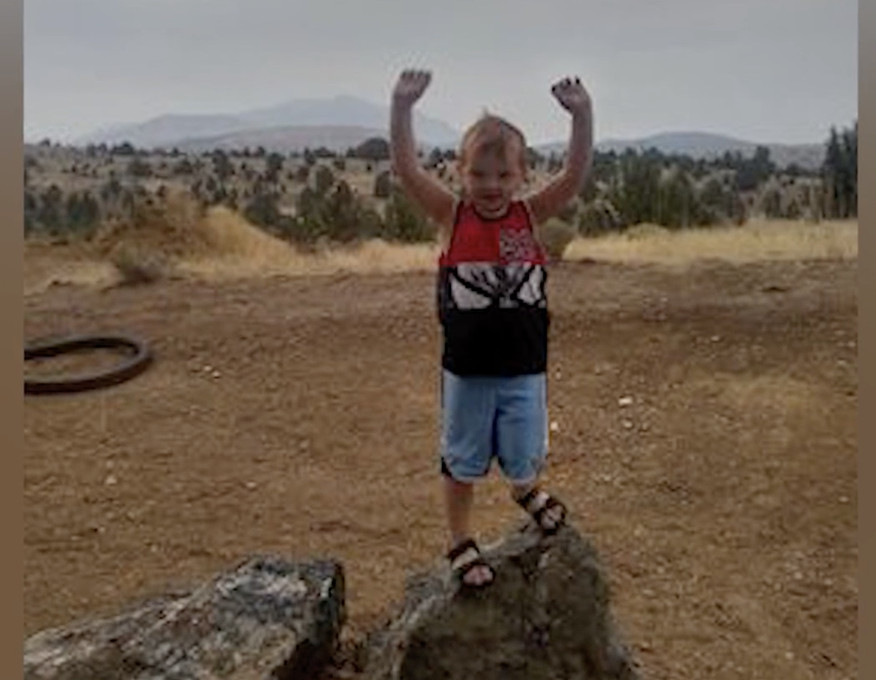 The words of a grandfather struggling to grasp the death of his 6-year-old grandson, Cobain Johnson, and the boy’s 9-year-old half-sister, Nyla.

Crook County sheriff’s deputies say the two children died early Saturday morning when their home was engulfed by a house fire in the largely off-grid Juniper Acres subdivision of Crook County east of Alfalfa and south of Prineville.

Family friend Brad Deane told NewsChannel 21, “It’s like a bad dream that you want to wake up from.”

He said his own three boys and Cobain played together often.

Johnson said of his grandson, “He loved fishing, he loved the water, he loved soccer.”

As they and others struggle through this tragedy, they remind the community how much the whole family is impacted.

Johnson said, “Our thoughts are with the sister and the two surviving children and his mom.”

Deane said, “They have no place to live. They have medical bills, they have, you know, a lot of expenses as well. My main specific point (of creating a GoFundMe page) was to make sure both babies were able to have the proper arrangements, you know right out the gate.”

Dean launched the page where he achieved his goal of raising enough funds to cover funeral costs.

A separate GoFundMe page has been set up on behalf of the mother of the two children lost in the blaze.

The type of pain they’re all facing, Deane said, is forever.

Crook County District Attorney Kari Hathorn told NewsChannel 21 Monday the ongoing investigation is being led by the sheriff’s office, the Oregon State Fire Marshal’s Office, Oregon State Police and her office. “I anticipate it will take a few weeks for the investigation to be complete,” she added.

Deputies and firefighters responded shortly before 6 a.m. to the incident off Southeast Cascade Way and Reservoir Road, sheriff’s Sergeant Javier Sanchez said in a news release.

Upon arrival, they found the house engulfed in flames, Sanchez said.

“Most family members safely made it out of the house,” the sergeant said, but “even with the quick response from law enforcement, Fire and Rescue and residents on scene, two children were not able to get out and are deceased due to the fire.”

Sanchez said the children’s names “won’t be released in respect for the family.”

Sanchez said the investigation into the fire is ongoing but that “there is no risk to the public.”

“The Crook County Sheriff’s Office would like to extend our thoughts and prayers to the family during this tragic incident,” Sanchez said.

Anyone with information regarding the fire was asked to contact sheriff’s Deputy Chris Beard or Sergeant Brian Bottoms at (541) 447-6398, in reference to sheriff’s office Case No. 221128.

Near the ruins of the destroyed home, shocked, grief-stricken residents spoke with NewsChannel 21 on Sunday but did not wish to talk on the record about what had taken place.