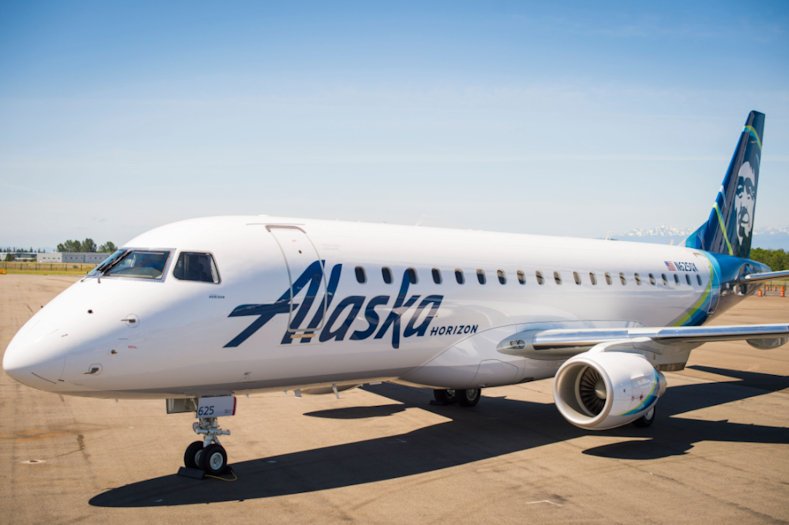 (Update: Clarifying that Q400 won’t be fully gone in fall, but by January)

REDMOND, Ore. (KTVZ) – The era of turboprop planes flying in and out of Redmond Municipal Airport ends over the next several months, as part of Alaska Airlines’ changeover to all jets, in RDM’s case primarily the 76-seat Embraer E175.

Alaska Airlines announced recently it will retire all of its Bombardier Q400 turboprops by next January, moving to Boeing jets and through its regional operations, such as Horizon Air, the Embraer E175, which has a three-class configuration (the turboprops are single-class) and also offer Wi-Fi.

“That’ll be the end of our props,” Airport Director Zachary Bass said Monday of the upgrade.

Bass said the E175s have the same number of seats as the turboprops they are replacing but “it’s a lot more comfortable aircraft … they sort of feel like a small (Boeing) 737,” another plane Alaska/Horizon has flown in and out of Redmond in the past and will bring back for flights once daily this fall.

He also noted that RDM is the only E175 maintenance base outside of Portland, one benefit to replacing the Q400s in Redmond with those jets.

Starting in October, Bass and the airline said, one of the six daily flights to Seattle will be a Boeing 737 and there will be far fewer Q400s until the changeover concludes in January.

Bass said about half the Seattle flights have been the turboprop of late, but starting in October, fewer than 10% will be (less than one flight a day), then they will be gone system-wide by the end of January.

The post Give props to Redmond Airport: The last turboprop planes depart soon, replaced by jets appeared first on KTVZ.