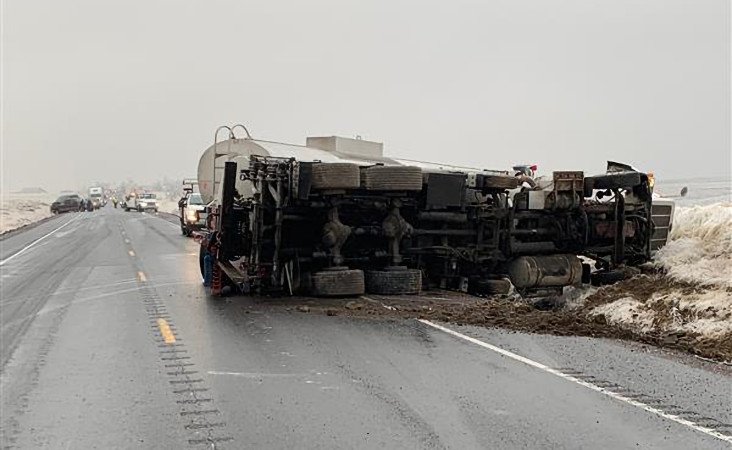 BEND, Ore. (KTVZ) – Freezing fog made for slick roads across much of the High Desert Thursday morning, prompting several crashes and school closures in Jefferson County, as icy roads also hit other parts of Oregon, leading to crashes that closed Interstate 84 in northeast Oregon.

The National Weather Service issued a freezing fog advisory for several areas east of the Cascades, including Central Oregon, that expired at noon.

Numerous crashes were reported around the region, including an injury two-vehicle crash on Powell Butte Highway near Erickson Road east of Bend late Thursday morning.

The roads were especially slick in Jefferson County, where School District 509-J and Culver schools were closed for the day. Central Oregon Community College also canceled classes at its Madras campus.

U.S. Highway 26 at the Warm Springs grade near milepost 103 was closed for a time due to dense freezing fog and icy conditions and reopened late Thursday morning.

ODOT spokeswoman Kacey Davey said that “icy conditions continue throughout Central Oregon, and delaying travel is advised if possible. If you must travel, use caution and prepare for low visibility, slick roads and traffic delays.”

In northeast Oregon, icy conditions and several semi-truck crashes closed Interstate 84 in both directions for much of Thursday, reopening in the afternoon.

You can get the latest traffic updates and live cameras at our ODOT TripCheck page.