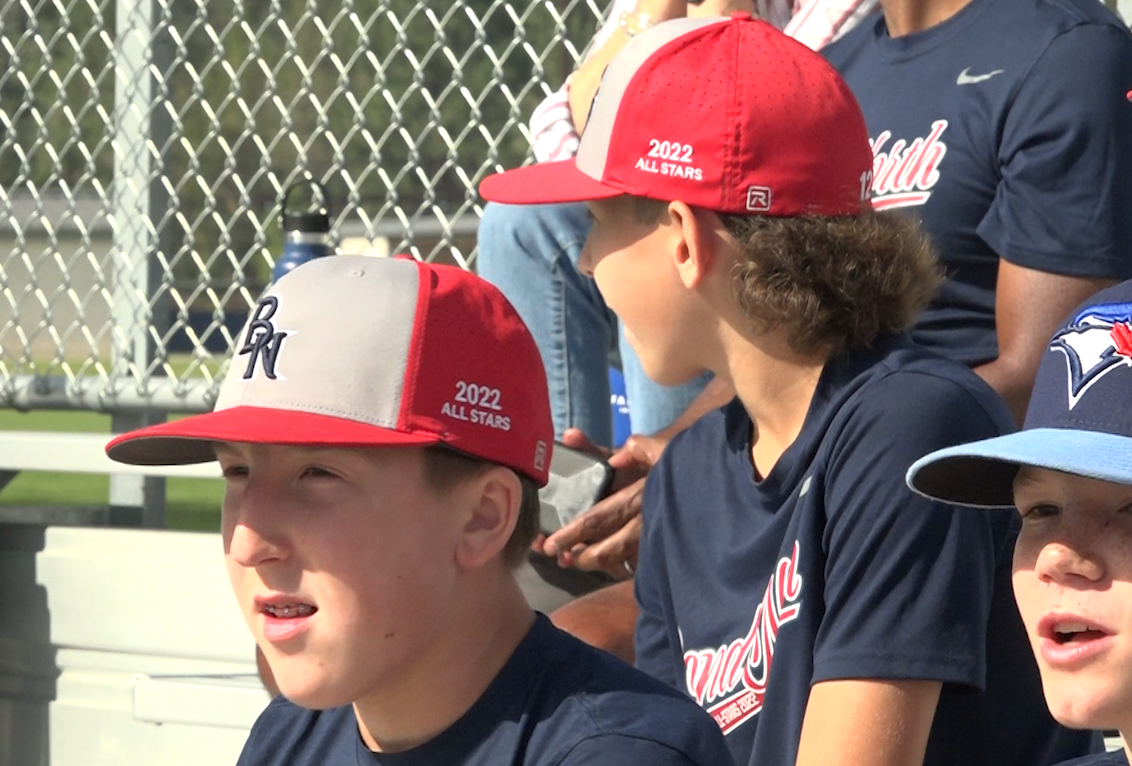 BEND, Ore. (KTVZ) — Bend North Little League may be making waves in the West Coast baseball regional scene, but if you ask their players, they are still “underdogs.”

“I feel like coming in to this tournament we are big underdogs,” Kassius Owens, a catcher for the team said. “We didn’t get to play the state tournament, so I don’t think we’ve shown what we can do yet.”

It will be a last ride for 20-year Coach Brad Giesking.

“Retirement is here,” Giesking told NewsChannel 21 Thursday. “This is my last year of coaching.”

“Caldera is brand new, and we are one of the first ones to play on these fields in Bend,” Giesking said. “This is what a regional should look like.”

NewsChannel 21’s Jordan Williams will have a full report on the tournament on NewsChannel 21 at 4 and 6 on KFXO (NBC newscascasts pre-empted by pre-season football).