First ‘Stand Down & Resource Fair’ since 2019 offers C.O. veterans and others support 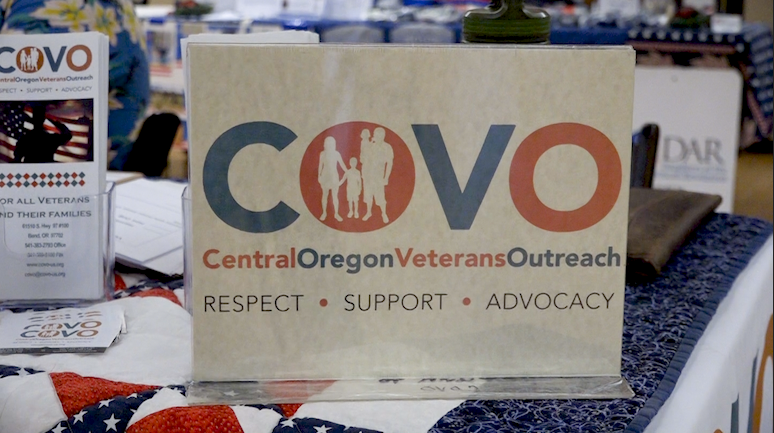 (Update: Adding video, comments from the COVO Executive Director and Band of Brothers)

BEND, Ore. (KTVZ) — Area veterans, homeless and low-income residents were offered help and support Friday during a Stand Down & Resource Fair, held at the Bend Elks Lodge, the first time the event had been held since 2019.

The last Stand Down event served 44 community members and 25 of those were veterans.

The resource fairs bring a number of service providers together in one place.

The event was co-hosted by Central Oregon Veterans Outreach and the Bend Elks Lodge.

I spoke with a Bend resident, who asked not to be on camera. He told me he came for supplies, a backpack and some other resources.

He said it’s very helpful, and more vets need to take part, especially when they are down on their luck.

COVO Executive Director JW Terry said, “It’s always a good feeling. It’s kind of what I do for a living — veterans are very close to me, I am one. They’re very close to my heart, and anything I can do to help them out feels good.”

Terry said it was the 20th such event he’s been a part of since he’s been with COVO.

“During Covid, we weren’t able to hold a group setting like this,” he said. “So this has been really refreshing.”

The goal is to put on two events a year to lend a helping hand.

Richard Harley, a Band of Brothers Board Member, explained what it means for him to see veterans get the help they need.

“My entire life has been towards what can be done for people,” he said. “When I was in the military, I learned a lot about the needs of veterans before the veterans. What they go through emotionally, and once they get out. A facility such as COVO and the group that’s here today have made more than one them live longer than they would have otherwise.”

COVO works with many local agencies to help the veteran community. The Elks also strive to help meet the needs of today’s veterans, and improve their quality of life.

The post First ‘Stand Down & Resource Fair’ since 2019 offers C.O. veterans and others support appeared first on KTVZ.