Fire rips through SW Madras building under construction; firefighters stop its spread amid temps in the 100s 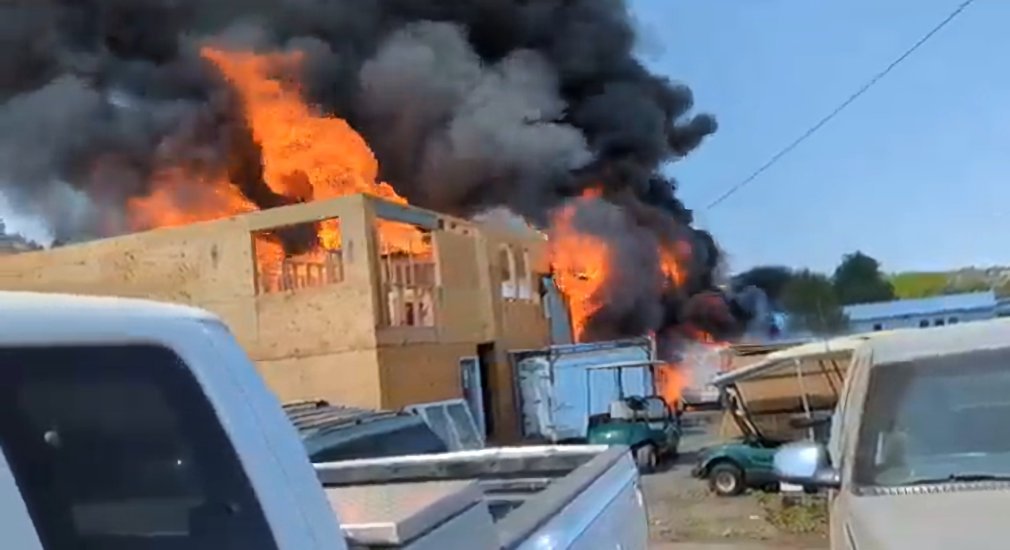 MADRAS, Ore. (KTVZ) — A fire broke out in a building under construction on a very hot Thursday afternoon in a commercial area of southwest Madras and sent fierce, tall flames and black smoke clouds high into the sky.

The fire was reported around 2:40 p.m. at a commercial building near the corner of Highway 361 and Southwest Madison Street, officials said. Viewer video showed flames and smoke roaring from the two-story, partially finished structure.

The cause of the fire was under investigation

Early on, the flames threatened to spread over a nearby hill and threaten more structures as firefighters worked in defensive mode and took frequent hydration breaks amid temperatures reportedly hitting 109 degrees in the area.

NewsChannel 21’s Carly Keenan was heading to Madras for live reports during our evening newscasts.

The post Fire rips through SW Madras building under construction; firefighters stop its spread amid temps in the 100s appeared first on KTVZ.