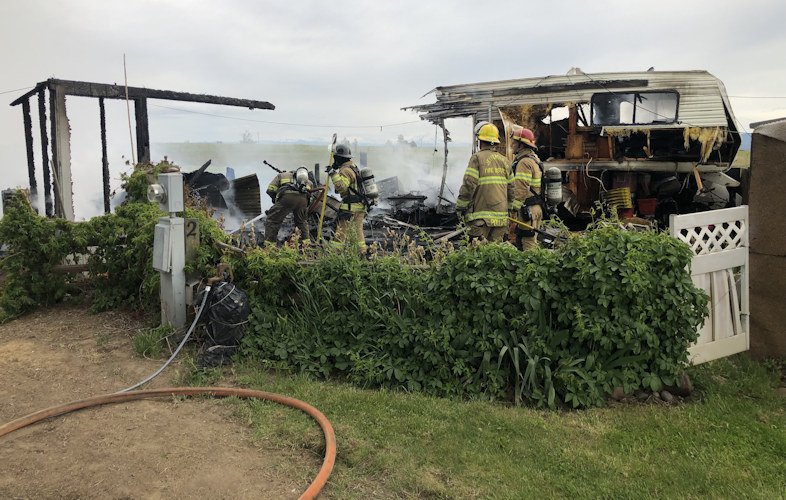 CULVER, Ore. (KTVZ) – An electric smoker was the apparent cause of a fire Thursday evening that destroyed an outbuilding and adjacent RV in Culver, officials said.

Jefferson County Fire District No. 1 crews were dispatched just after 7:30 p.m. to the reported fire in the 6400 block of Southwest Feather Drive, Captain Trevor Beebe said.

The fire units arrived to find the shed and RV trailer fully involved. Beebe said two lines were pulled and the first was deployed to protect another nearby RV.

The burning RV and shed were a total loss, though some items of personal value to the other were saved, Beebe said. A crew remained on scene for two hours, conducting mop-up and overhaul.

“In light of the upcoming (fire-EMS) merger,” effective July 1, “this was a good opportunity for fire and ambulance crews to work side by side to extinguish the fire,” Beebe said in a news release.