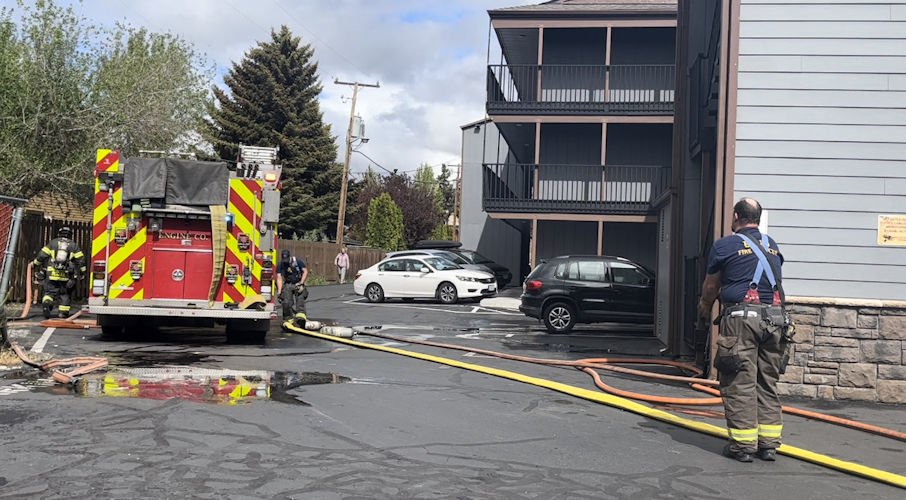 The first crews on scene found smoke coming from the unit. “We forced entry and did find that unit engulfed in fire,” Kettering said.

The fire was reported knocked down around 20 minutes later, and a search of the unit and building turned up no one inside. No injuries were reported.

“Residents were evacuated,” Kettering said. “Everyone did exactly right – evacuated their unit in a timely manner, went to a safe place, called 911. So that was exactly perfect, how they acted. And we’re just happy no one was home at the time of the fire.”

Damage appeared confined to the one unit, except for smoke and heat damage to the two units directly above it, Kettering said on scene as crews checked for any further extension of the fire.

The cause of the fire was under investigation, Kettering said, once deemed safe for crews to enter.