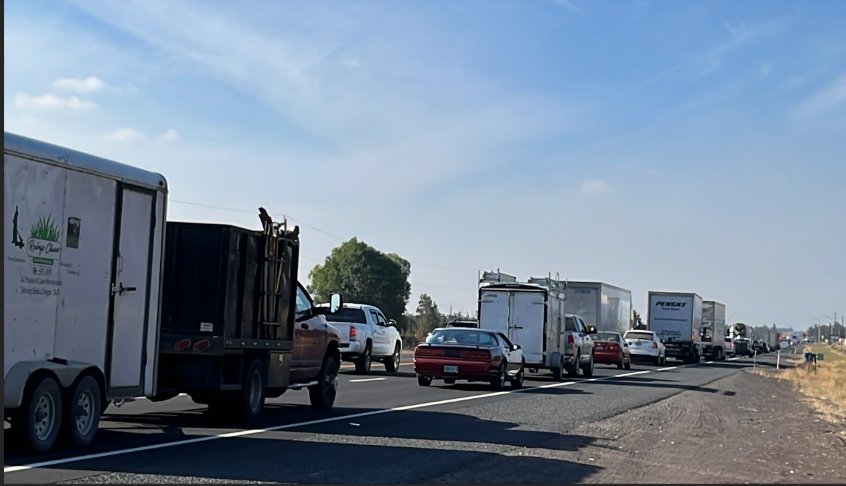 Another crash slows traffic on Hwy. 126 west of Redmond

The crash was reported around 8:20 a.m. in the area of the highway’s intersection with Southwest Tomahawk Avenue. Oregon State Police later confirmed a fatality had occurred.

Numerous first responders headed to the scene and ODOT TripCheck reported the highway was closed near milepost 127. Check updates on our ODOT TripCheck page.

Amid lengthy backups on the highway, ODOT later said that traffic was being diverted around the closure. They also said motorists should avoid the area and use alternate routes. “This will be an extended closure lasting through part of the afternoon,” the traffic alert said.

Around 9:30 a.m., another injury crash was reported on Highway 126 (SW Highland Avenue) at Helmholtz Way on Redmond west side, affecting westbound traffic for a time.

We’ll have more information as available.