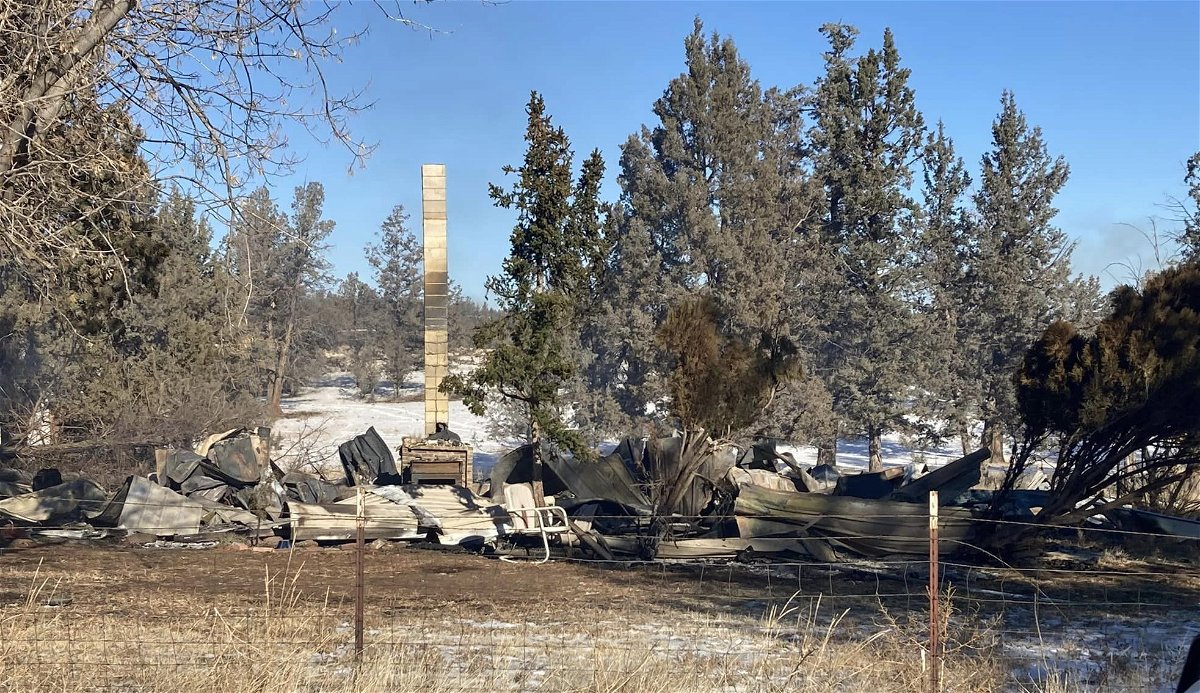 MADRAS, Ore. (KTVZ) – A house fire earlier this week that claimed the life of an 88-year-old homeowner on Lower Bridge Road in Jefferson County has been ruled accidental, tied to issues with the home’s fireplace, Sheriff Jason Pollock said Friday.

Around 8 a.m. Tuesday, the sheriff’s office was called to an address on the west end of Lower Bridge Road regarding a structure fire, Pollock said.

While talking to the reporting party, they learned homeowner Glenn Cooper had perished in the home during the fire, Pollock said. Deputies notified the District Attorney’s Office, and Oregon State Police arson investigator and the Office of the State Fire Marshal.

An initial investigation confirmed a body was in the home, presumed to be the homeowner, but hot gasses prevented investigators from processing the scene until the next day, the sheriff said. Deputies secured the scene overnight.

Fire investigators determined, based on evidence, that Cooper had tried to put the fire out on his own, Pollock said. They also determined there had been past issues with the fireplace that contributed to the fire’s cause.