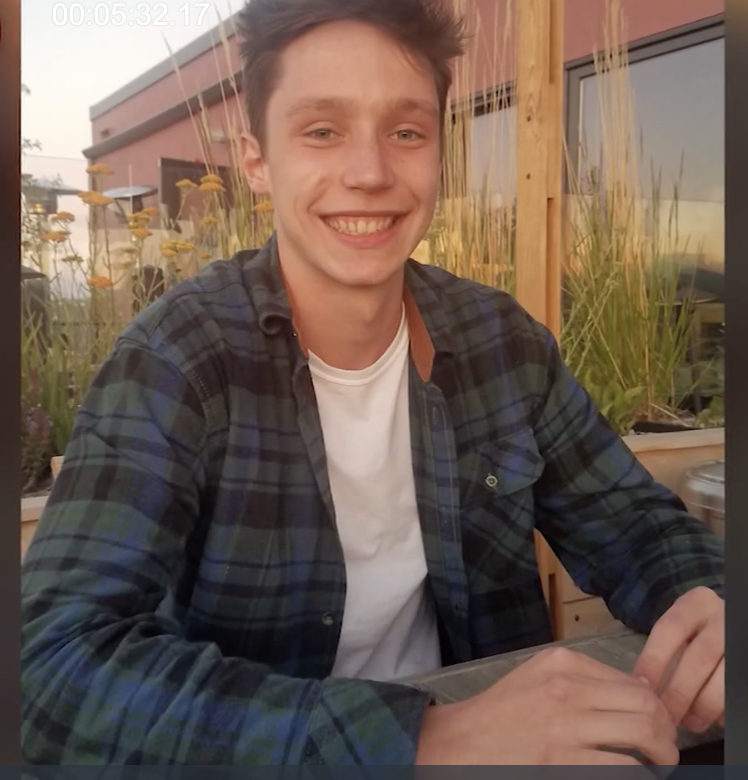 ‘I do know for the last several months, we’ve been looking for the old Alex. And we haven’t seen him’

REDMOND, Ore. (KTVZ) — As the community awaits more details about a Cloverdale woman’s killing, a family member of the 22-year-old Redmond man charged with murder in the death of Tina Klein-Lewis reached out to talk with NewsChannel 21 Sunday about Alex Smith’s mental health challenges, and the family’s struggle to get him help.

“This was a major legal, mental crack that he fell through, and it shouldn’t have happened,” Michael Moorman said.

Though not legally married to Smith’s mother under Oregon law, Moorman said they shared a ceremonial commitment, and he has been involved in the young man’s life in a stepfather role since he was a toddler.

He said Smith was a 2018 Redmond high graduate and salutatorian, a varsity swimmer and water polo player, and was in his final year of classes at OSU, on track to graduate this year with a degree in chemical engineering. But he said Smith dropped out of school and began showing sings of serious mental health problems last year.

“And we don’t know what those triggers were,” Moorman said. “He just started acting very bizarre — started hearing voices. They were telling him to hurt himself.”

He said Smith was never medically diagnosed regarding those issues, though the family was pleading for such help from all who would listen.

“We haven’t been able to get him any professional help, because he’s over the age of 18 — and unless he wants the help, there’s no way to force him to get it,” Moorman said.

As a result, he said, Smith’s troubling actions and erratic behavior progressed and got worse.

“He would steal from us. He would break into our outbuildings and steal things,” Moorman said. “We would contact the police at that point.”

After he was banned from coming onto their property, Moorman said Smith stayed in a travel trailer on his grandparents’ property, a few blocks away.

He said the family reached out to the county’s Stabilization Center and were told to keep calling police, so a psychological hold and evaluation could be done. But it never happened.

Moorman said Alex was arrested a few weeks ago on charges of criminal trespassing and criminal mischief, but was released after a few hours. And despite family members’ repeated pleas for help, “no help was ever given or offered.”

He said Smith was arrested again by Redmond police over Memorial Day weekend, on criminal trespassing and theft charges. His arraignment was set for last Tuesday afternoon — but when the family showed up, they learned he’d just been released late that morning. And he never returned to his home.

He said the family was told the district attorney’s office felt the evidence wasn’t strong enough to bring formal charges and keep him in custody.

“We don’t know what happened after that. Nobody saw him for almost four days,” Moorman said. “They had him in custody, and they let him go — and if he did this (killing), part of this is on them for doing that. When you are telling law enforcement that somebody is escalating mentally, and they’re not doing anything about it, or they can’t do anything about it, then there’s a major flaw in the system.”

NewsChannel 21 reached out to Redmond police on Sunday for any comments or statement, but has yet to hear back.

Moorman, in his message reaching out to KTVZ, said if the charges are proven to be true, “this was a senseless tragedy that didn’t need to happen” — and “the system failed BOTH families in this horrible event.”

“I do know for the last several months, we’ve been looking for the old Alex. And we haven’t seen him,” Moorman told us, his eyes tearing and voice choked with emotion.

The post Family member of Redmond man charged in Cloverdale woman’s killing tells of struggle to get him help appeared first on KTVZ.