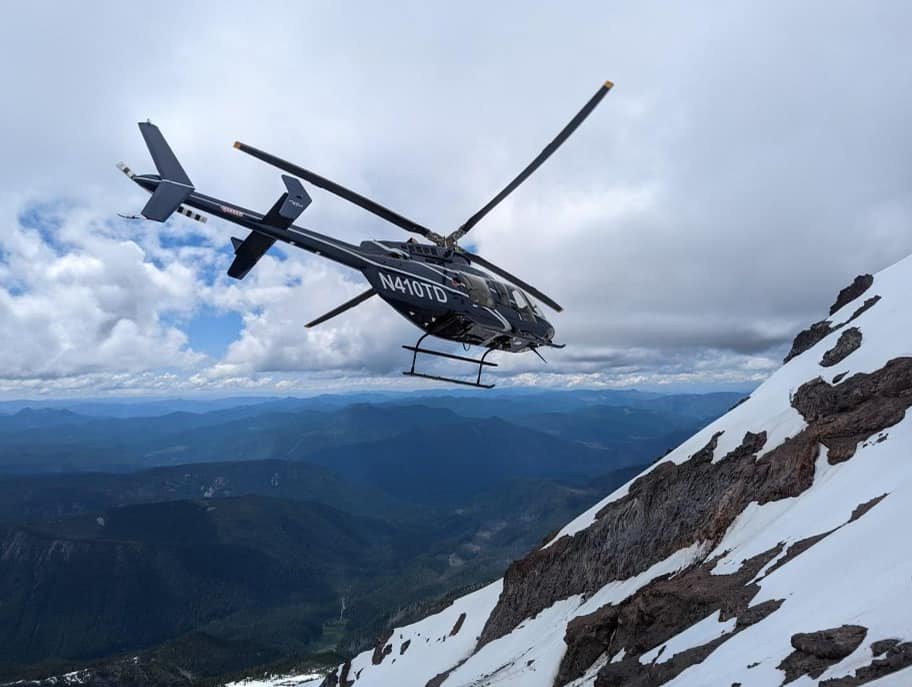 ALBANY, Ore. (KTVZ) – A fallen climber’s body was recovered Monday from high on the slopes of Mount Jefferson, three days after he was reported missing, in an effort assisted by a Bend-based helicopter privately funded by the man’s family through a GoFundMe page, Linn County Sheriff Michelle Duncan said.

Jeffrey Dale, 29, who was from Grants Pass and was attending school in Waco, Texas, was reported missing last Thursday afternoon and had last been seen about 300 feet below the mountain’s 10,500-foot summit.

Two climbing partners told deputies they’d lost sight of Dale near the summit after he decided to push on, though the group turned back due to to weather conditions. He was described as an experienced climber who completed difficult climbs in the past.

Days of searching by numerous search teams did not locate Dale. With assistance from the Civil Air Patrol, high-resolution imagery was taken of the area where he was last seen. That enabled search and rescue teams to identify where Dale’s body was located – more than 1,800 feet below where he last was seen, indicating he likely fell during his climb, deputies said.

Dale’s family had created a GoFundMe page and raised more than $15,000 to help pay for a private helicopter from Bend’s Leading Edge Aviation, the sheriff’s office said.

With the help of that helicopter, Eugene Mountain Rescue climbers were dropped off on the mountain and they worked together on a short-haul lift of the remains to a nearby landing zone. The helicopter returned to the peak and picked up the four climbers.

The organizer of the GoFundMe page, Judy Bond-Hernandez, said in an update Tuesday that they had received word Monday that the weather was favorable for a recovery, but the company they were going to use later this week was unavailable. She said a Linn County SAR member found that Leading Edge was willing and able to perform the mission, and donated the first hour of helicopter time.

Bond-Hernandez expressed gratitude for all who were involved in the recovery effort and said the GoFundMe page (which had topped $21,000 Tuesday, having set a goal of $15,000) was being adjusted to assist the Dale family with funeral and related expenses.