Electronic reader boards, other tools to boost safety being installed on Highway 97 south of Bend 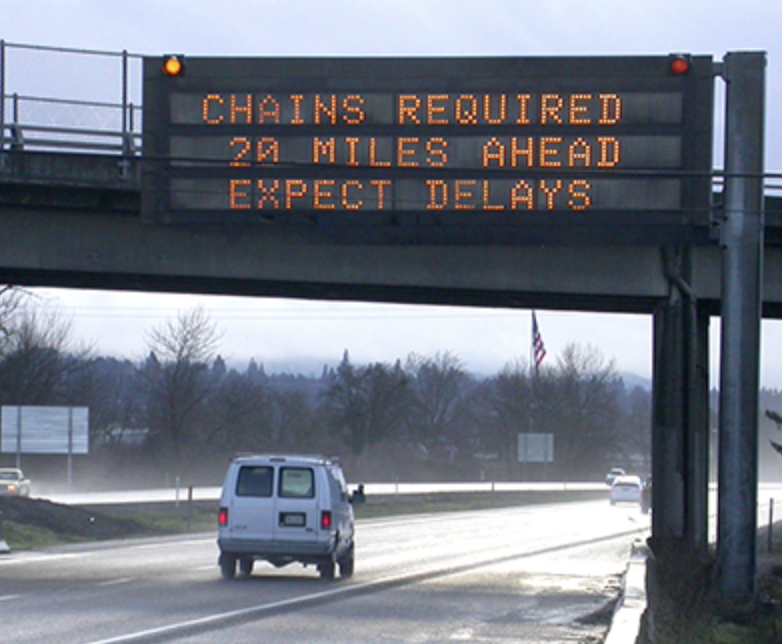 ‘We want people to be safe,’ ODOT’s Peter Murphy says

BEND, Ore. (KTVZ) — To make driving safer, the Oregon Department of Transportation is installing a road and weather information system, including speed sensors, travel-time readers and electronic message signs on Highway 97 between Bend and La Pine.

“We want people to be safe,” ODOT Region 4 Acting Public information Officer Peter Murphy said Tuesday. “You know, everything we can do here and elsewhere in the state to be safe when you’re on the roadway is important, and letting people know the time it takes for, example, to get to Point A to Point B helps them plan.”

The new signs mean that if road conditions are icy or there’s a major accident causing a delay — wildfire smoke, any travel impacts — you’ll be able to get up-to-date safety, travel, and weather information quickly.

It will also allow emergency responders to identify incidents faster.

The sites will collect and send information to ODOT’s TripCheck system.

“What we’re going to do is establish it, put it up, and kind of let them test drive for awhile,” Murphy said. “It will take until this fall probably, before they’re actually functioning.”

The project in coming weeks is split in two sections and will lead to single-lane closures and periodic 20-minute stop-and-hold closures.

The good news is, most of that work will be done at night.

“Really, we’re becoming a more information department, and we think that will work in the long run,” Murphy said.

The project is expected to be complete by July 1.

The post Electronic reader boards, other tools to boost safety being installed on Highway 97 south of Bend appeared first on KTVZ.