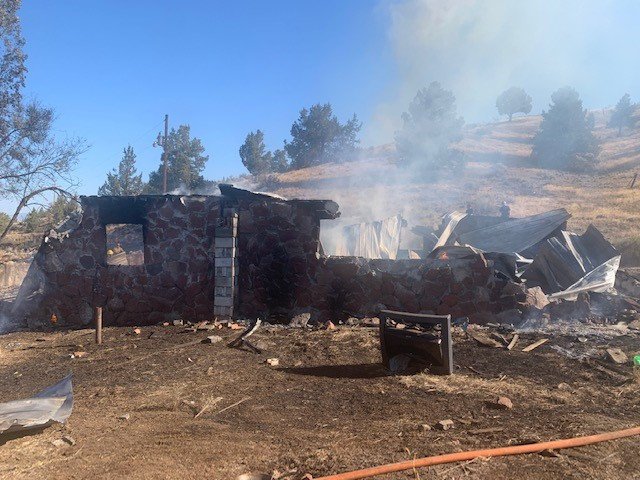 MADRAS, Ore. (KTVZ) – A fire destroyed a long-abandoned house northeast of Madras early Friday morning and spread to about a half-acre of grass before Jefferson County Fire and EMS crews could stop it.

They arrived to bind the abandoned house fully involved, with flames spreading to some wildland areas, he said.

Crews were still on scene at midday, working to finish putting out the fire at the home, which Blake said had been vacant for several years and was uninsurable.

“Ownership of the property recently changed in the last couple of months,” Blake said in a news release, adding that the cause of the fire was under investigation.

The fire chief said the burning home difficult to reach, located at the end of a long, single-lane driveway without any turnouts. Large amounts of dry grass and brush were near the structure, Blake added.